Seven months after she debuted her size-four figure, the 'Mama June: From Not to Hot' star was recently spotted looking hot in a pair of patterned leggings.

AceShowbiz - June Shannon a.k.a. Mama June, the "Mama June: From Not to Hot" star, is still hot as ever. Seven months after the 38-year-old TV star dropped 300 lbs in a drastic body transformation, she was recently photographed showing off her slimmer figure in leggings.

The "Here Comes Honey Boo Boo" star was spotted looking in high spirits as she was all smiles in Atlanta, Georgia on Monday, November 20. She flaunted her size-four figure in a gray long-sleeved shirt and a pair of patterned leggings. It seems like June, who previously was a size 18, manages to keep her weight off and stay true to her vow to "never going back" to being overweight. 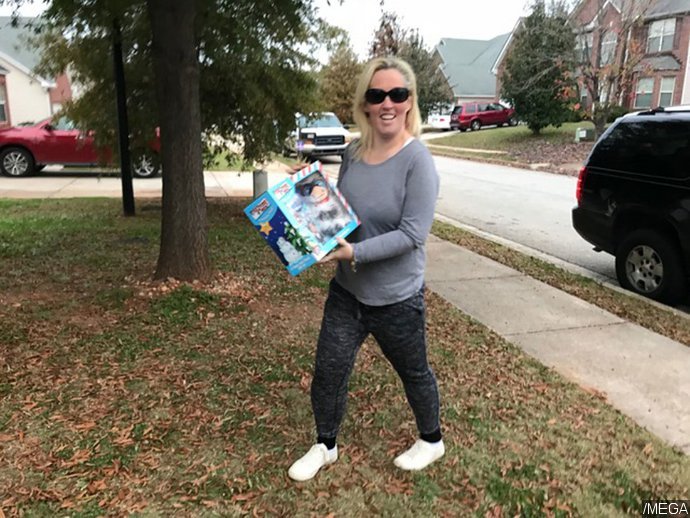 In 2015, the WE tv star spent $75,000 to undergo a gastric sleeve surgery, breast augmentation and skin removal surgery on her "turkey neck," "bat wings" and stomach. Following the procedure, the mother of Alana "Honey Boo Boo" Thompson turned heads as she went down from 352 pounds to 137 pounds. She documented her weight loss journey on "Mama June: From Not to Hot" for everyone to see.

Her initial plan was to make her ex-husband Mike Thompson a.k.a. Sugar Bear jealous with her new look. "My goal when I first started this weight loss journey was to make Sugar Bear kind of jealous," June revealed. "But it's no longer about revenge. Doing all the surgeries really took a toll on me--not just physically, but emotionally."

Alana gushed over her mom's extreme body transformation, saying that June looked like Marilyn Monroe. "She looks great. I'm really proud of her," said the "Toddlers & Tiaras" star at the time.

June, meanwhile, shared back in April that "a lot of people don't recognize who I am until I talk," adding that "it's kind of crazy." The mother of four added, "It's kind of like I'm in my own disguise. Normally when I walk through the streets, everybody notices me, and now it's like nobody [does]."

In May, June modeled her new look as she sported a fitted one-piece red bathing suit for a "Baywatch"-inspired photo shoot.