The alleged new couple looked relaxed and happy in each other's arms as they were seen leaving The Filmore in New York City on Saturday, July 8.

AceShowbiz - It seems like Bella Thorne is over Scott Disick and Gregg Sulkin as she was spotted on a date with a mystery man who disguised himself as Marshmello. The alleged new couple was seen leaving The Filmore in New York City on Saturday, July 8.

The "Famous in Love" star was donning a lacy pink tank top that barely covered her ample assets. She paired it with pink velvet pants, fishnet stockings, sneakers and a matching jacket. Bella accesorized with colorful bracelets, necklaces, sunglasses and a tiara. Her companion, meanwhile, was sporting a sleeveless white top which he paired with matching pants and sneakers. His face was hidden behind Marshmello's helmet. 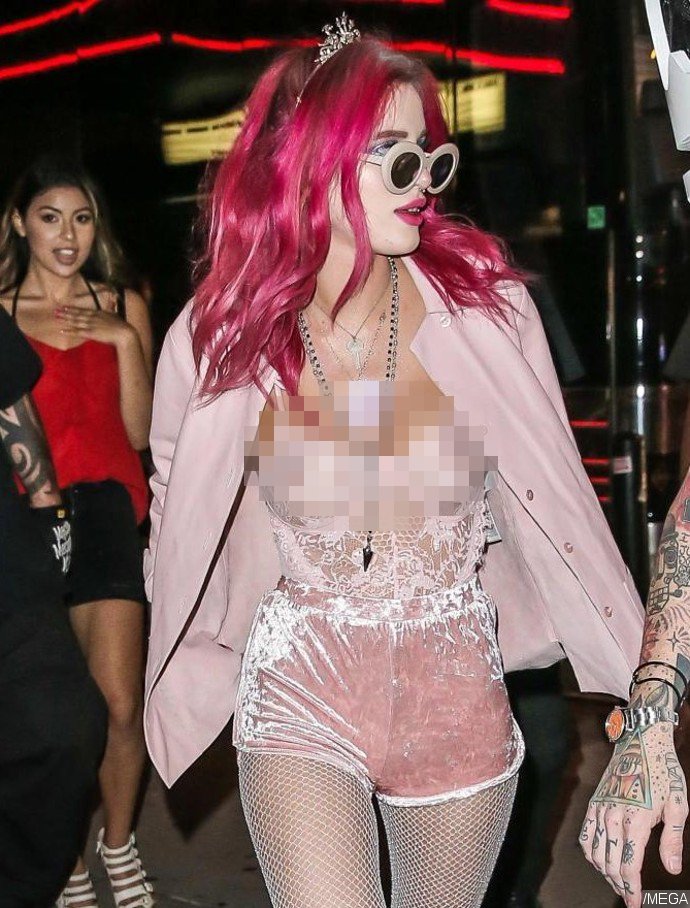 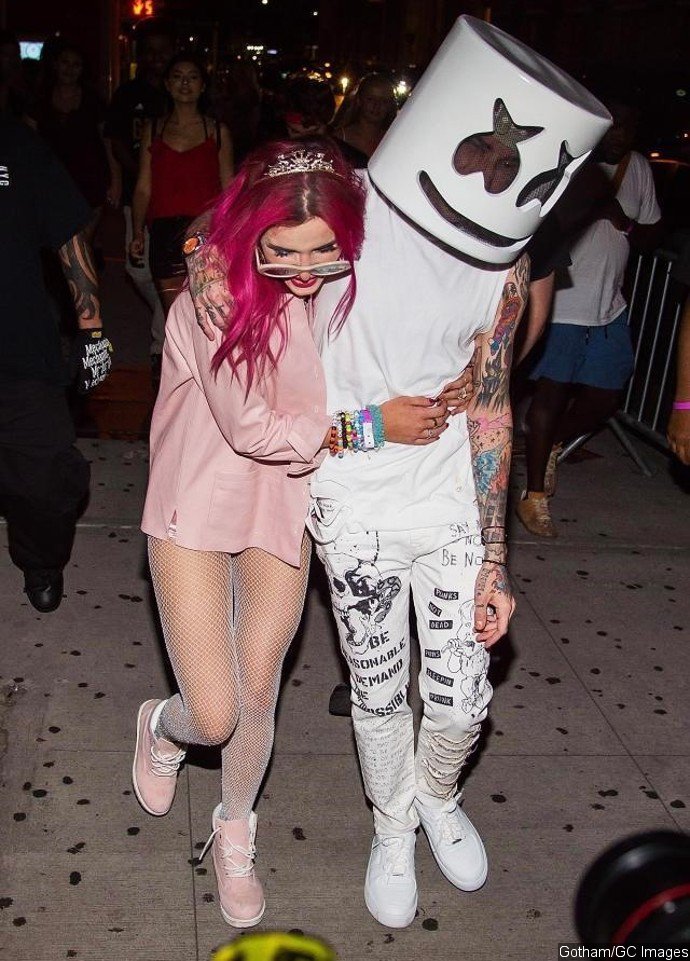 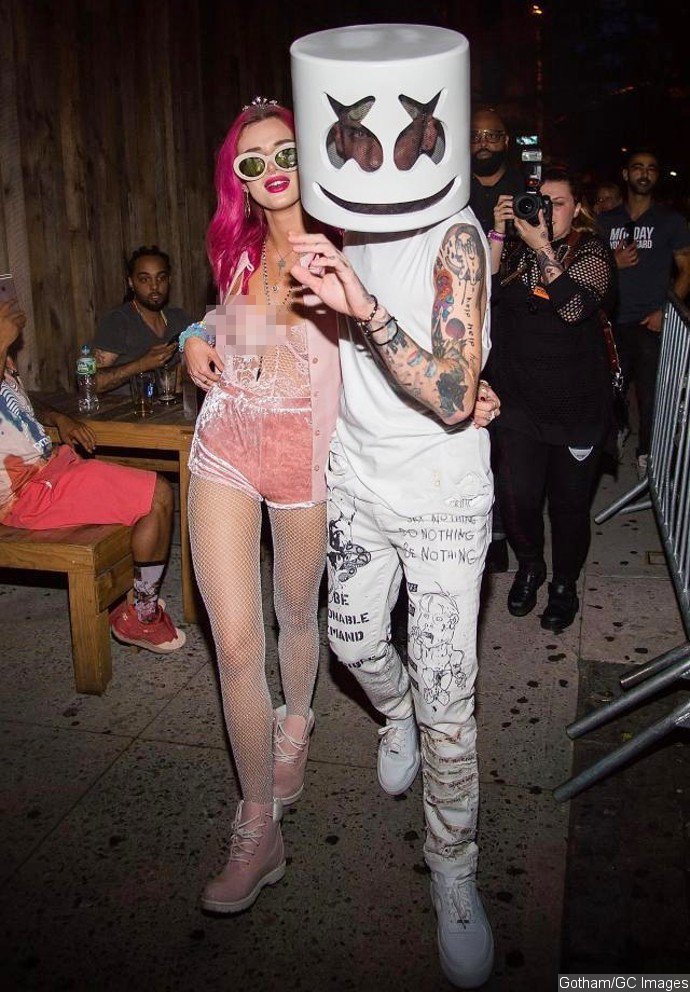 Bella could be seen wrapping her arms around the man's waist, while he wrapped his arm around her shoulders. She appeared to be very happy with her companion as she kept smiling and laughing while they were walking down the street in each other's arms. At one point, the man could be seen looking at Bella with so much affection. 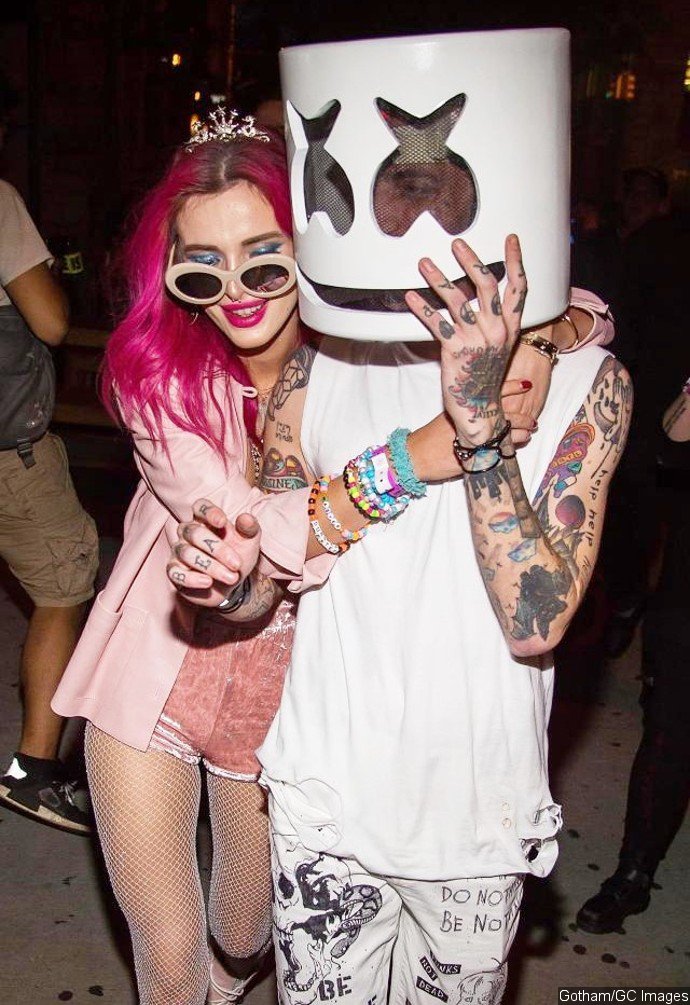 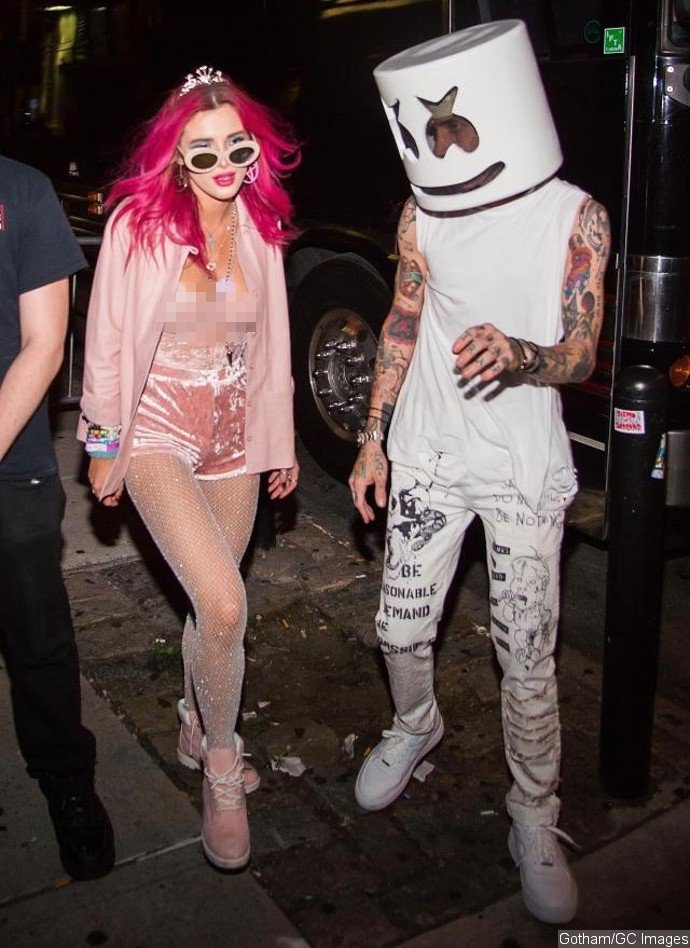 The man Bella spent time with turned out to be hip-hop musician Blackbear as he later posted a screenshot of his photo with Bella. "marshmello x blackbear this month," he captioned the photo, hinting at a new collaboration with the DJ this month. 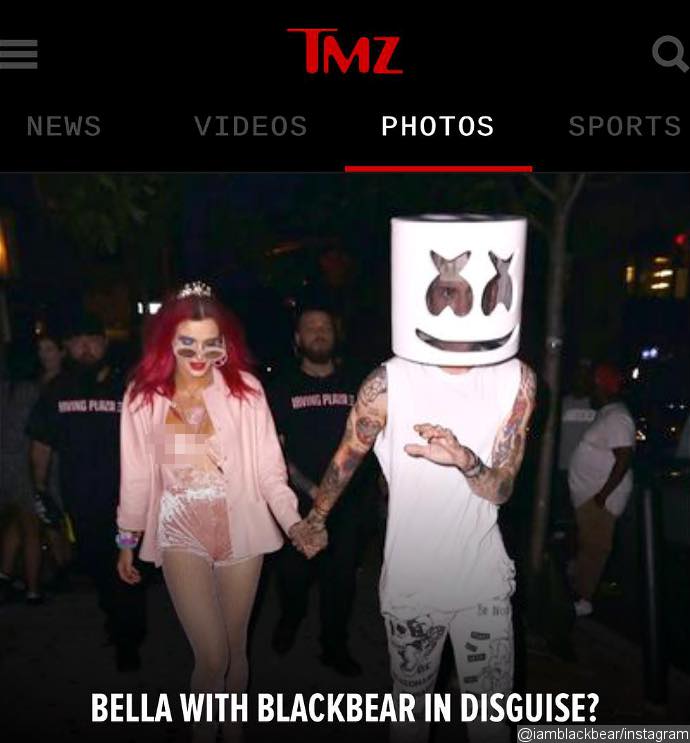 Prior to this, Bella fueled reconciliation rumor with Greg as they celebrated the Fourth of July together. The "You Get Me" actress posted a photo of her hugging the "Faking It" alum on Snapchat. However, she was also seen holding hands with Scott after clubbing at 1 OAK in West Hollywood together. The two then continued partying until the wee hours.

Michael B. Jordan Allegedly Dating a Palestinian and Gucci Employee