Paris Hilton Gushes Over Romance With Chris Zylka: 'I'm in a Serious Relationship'

The multi-talented star has decided to cut short her summer residency in Ibiza to be with her actor beau as their relationship is getting serious.

AceShowbiz - Things apparently are getting serious between Paris Hilton and her actor beau, Chris Zylka. The 36-year-old DJ recently revealed to Daily Summer that she decided to cut short her summer residency in Ibiza to be with "The Leftovers" star.

"Now that I am in a serious relationship and my boyfriend has film projects, I can't do the residency for the full five months," Hilton shared, before admitting she loves how laid-back Zylka is as he would rather stay "in bed" with her than go out to parties. "He doesn't care about going out. He'd much rather just be in bed with me, watching TV and relaxing," she said.

Hilton and Zylka began dating in February, and the hotel heiress has since been gushing about the 32-year-old hottie. "I've never been surer of anything in my life. He's so incredible in every way," she previously told E! News. "We just now started being serious in the past few months and it's really just changed my life in so many ways and brought so much happiness to my life. I feel so safe and he's so special."

The couple has been enjoying lots of quality time together. They recently arrived from Cannes, where the two packed on the PDA at L'Oreal Cinema Club party. Hilton and Zylka stole the show as they were spotted locking lips on the red carpet in front of photographers. The multi-talented beauty put on an eye-popping display in a plunging maxi lace dress which gave a glimpse of her ample cleavage. 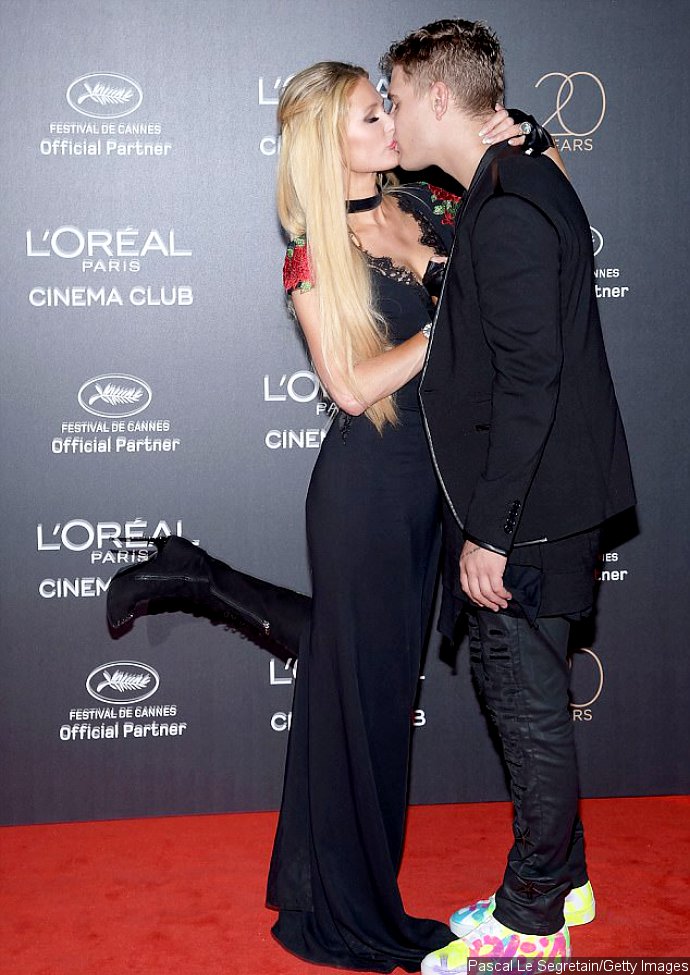