The 33-year-old restaurateur is seen spending time with the 19-year-old British model at a club in Los Angeles after Kourtney was reported to be dating Younes Bendjima.

AceShowbiz - Scott Disick seemed to be over Kourtney Kardashian as he celebrated Cinco de Mayo with Ella Ross. The two had been spotted together for a few times before and they were seen leaving TAO in West Hollywood, California on Friday, May 5.

In some photos obtained by PEOPLE, Scott was dressed in a FILA hoodie paired with jeans and white sneakers. Ella wore a black lace crop top covered by a black jacket paired with Adidas track pants and black sandals.

Earlier that day, they were spotted having lunch together at Nobu in Malibu. The pair opted for casual looks as the 19-year-old model donned a black open-shoulder top paired with jeans and white sneakers while the father of three donned a white T-shirt, jeans and sneakers. 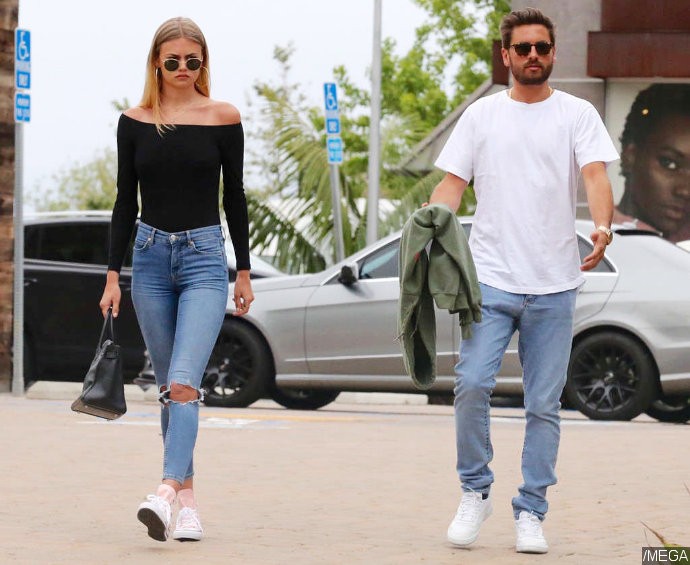