The 'Rob and Chyna' star uncharacteristically covers up by donning a white bathrobe when attending an event in Las Vegas.

AceShowbiz - Blac Chyna suddenly felt shy to expose her body after pictures of her "unflattering butt" emerged. On Saturday, May 6, the reality TV star and former stripper uncharacteristically covered up when attending an event in Sin City.

The mother of two arrived at the Sapphire Pool Party in Las Vegas in a long white bathrobe. She appeared to try to disguise herself by donning a pink wig and shades, though everyone could still notice that it was her. 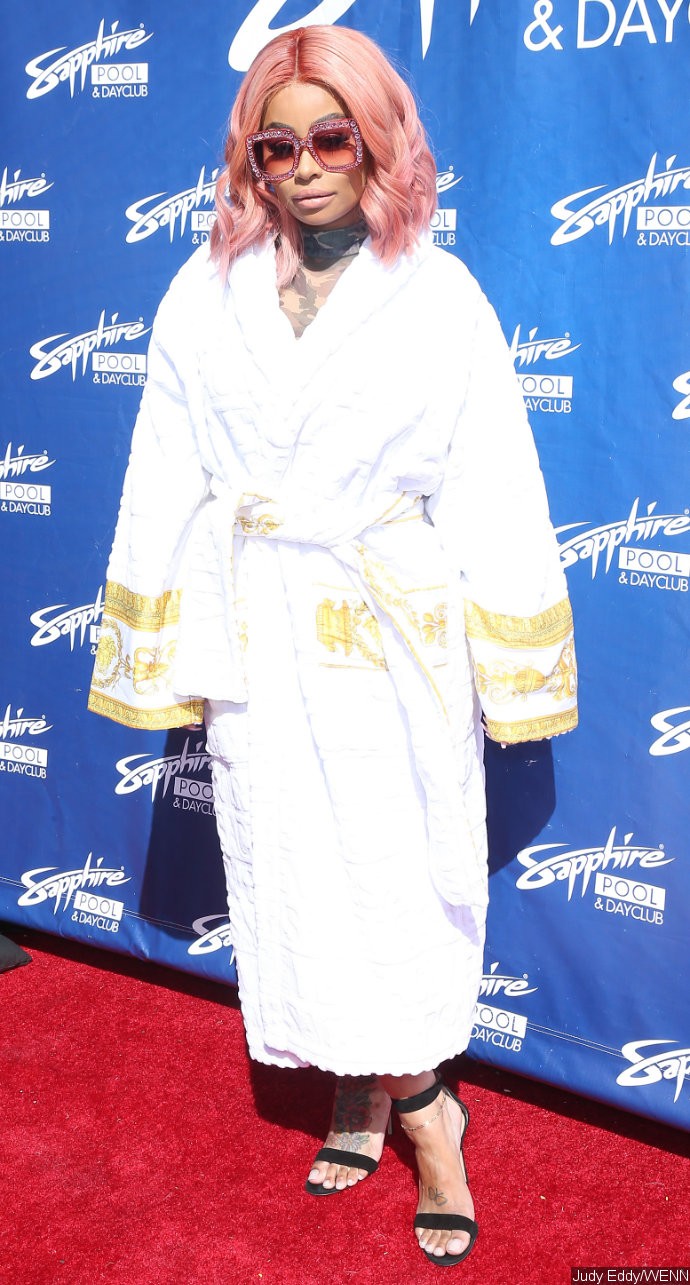 The ex-fiancee of Rob Kardashian posed on the red carpet with adult film star, Alexis Texas. She was pictured playfully touching Alexis' boob and butt. 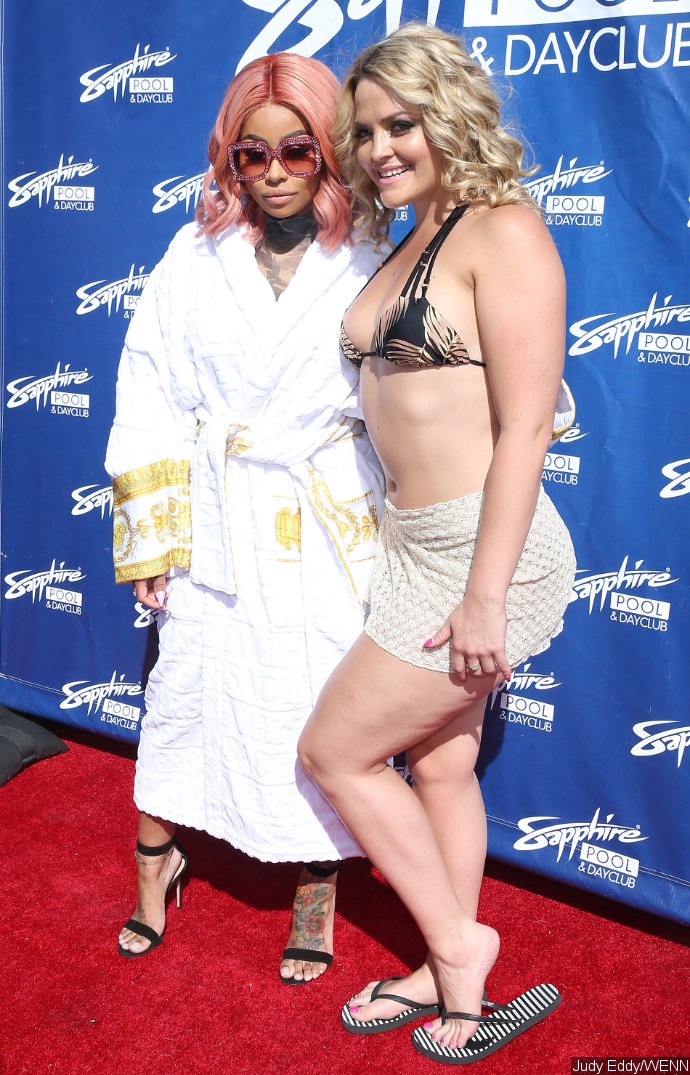 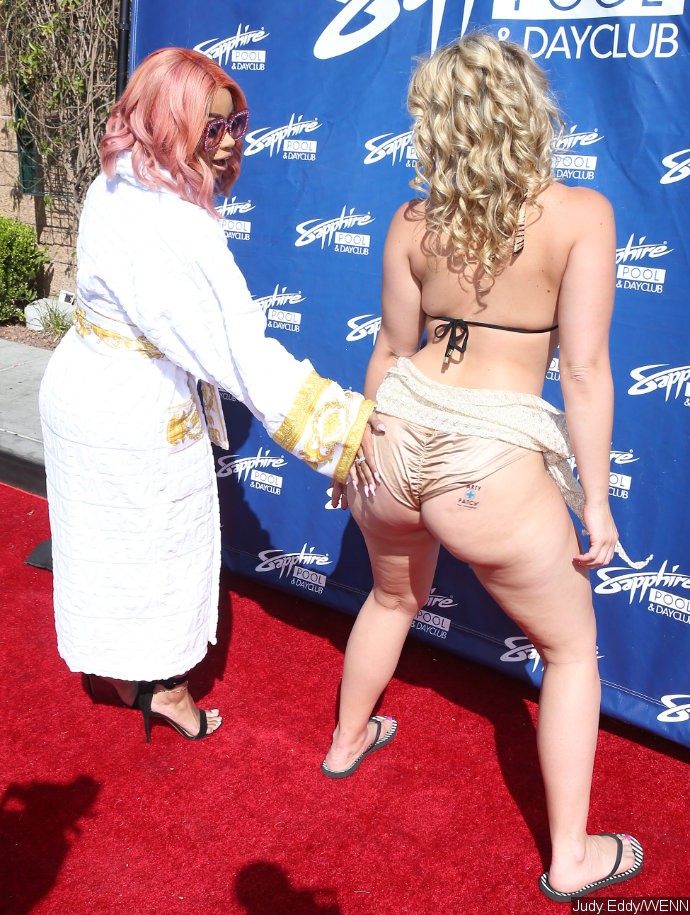 Previously, Blac was caught exposing her "bad butt implants" during jet ski ride in Miami. According to Radar Online, the 28-year-old model might be suffering a "melting butt." Triple Board Certified NYC Plastic Surgeon, Adam Schaffner, MC, FACS, explains, "The shelf-like appearance to the buttocks may be due to implants that are placed above the muscle, have rotated and/or are not in the desired position."

"It may also be due to fat that was transferred, such as done with a Brazilian Butt Lift in a less than desirable manner," continues Dr. Schaffner, who has not performed any procedures on Blac.