In addition to the song, which she worked on with Max Martin and Shellback, Pink has recorded a cover of Jefferson Airplane's 'White Rabbit' for the film.

AceShowbiz - After spending the past few days teasing it, Pink has finally released her new song "Just Like Fire". The track, which she crafted for "Alice Through the Looking Glass", arrived online via her Vevo page on Friday, April 15 at midnight.

The rock-tinged tune was co-produced by Max Martin and Shellback, the same duo behind her previous hits like "So What", "Raise Your Glass" and "F**kin' Perfect". It's one of two songs she has recorded for the upcoming film, with the other one being a cover of Jefferson Airplane's 1967 hit "White Rabbit".

"I like quirky, I like weird. And this movie is one of the quirkier, more creative stories," Pink said of her involvement in the movie. "That's one of the more exciting things that I've ever done in my life."

"Alice Through the Looking Glass" was directed by James Bobin and will star Johnny Depp, Anne Hathaway, Mia Wasikowska, Rhys Ifans, Helena Bonham Carter and Sacha Baron Cohen among others. The fantasy adventure flick, which will follow Alice as she returns to the whimsical world of Underland to save his friend The Mad Hatter, is scheduled to hit theaters across the nation on May 27.

Pink Lands in Hospital After Fracturing Her Ankle 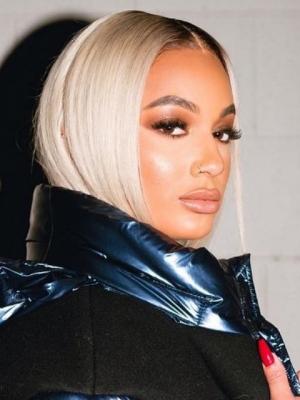