Kendall sparks backlash after posting on Instagram a picture of a nude woman who looks like her.

AceShowbiz - Kendall Jenner sent internet into frenzy over the weekend after she uploaded on Instagram a steamy picture of a completely naked woman who looked like her. The "Keeping Up with the Kardashians" star gave no caption to the photo, prompting speculation that it's her, but is it really?

The black-and-white picture inspired by Lady Godiva sees a woman lying on her back on a horse and covering her breasts with her two hands. It turns out the woman in the picture is Elisa Meliani, not Kendall. "Waouuu," the model wrote on her own Instagram as the image became viral. "Me and my horse on Kendall IG." 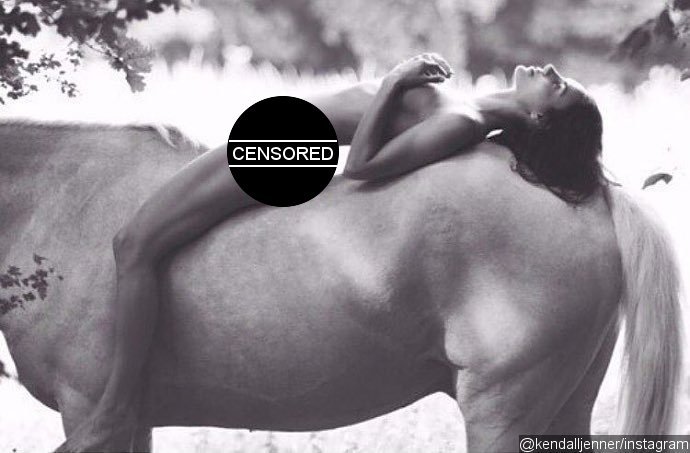 While Elisa didn't seem to mind Kendall posting the picture on her social media, some fans criticized the E! reality TV star for not crediting Elisa. Kendall gives no comment on the backlash.

Olivia Culpo Dumping Tim Tebow Due to His Chastity?