The trailer shows the Cap and other superheroes like Black Widow, Scarlet Witch, Falcon, Hawkeye and Bucky Barnes assembling to fight against Iron Man in an epic battle.

AceShowbiz - The first trailer for the highly-anticipated superhero movie "Captain America: Civil War" has arrived. Debuted on "Jimmy Kimmel Live!", the trailer reveals a lot of new details about the movie.

As the titular hero (Chris Evans), along with other notable heroes on his side, tries to keep the world save, he has to turn against his fellow superhero Iron Man (Robert Downey Jr.). Still not trusting the government after he discovered S.H.I.E.L.D. was corrupt, the Cap decides to fight against Iron Man, who goes with the government.

The blue-suit superhero is forced to go rogue, recruiting Black Widow (Scarlett Johansson), Scarlet Witch (Elizabeth Olsen), Falcon (Anthony Mackie), Hawkeye (Jeremy Renner) and Bucky Barnes (Sebastian Stan) to help him in the battle. "We fight," the Cap says as he and his team assemble to take down Iron Man.

Besides, it seems like Bucky will have a bigger role in the upcoming movie. Steve Rogers will help Bucky to come back from the brainwashing that turned him into the villainous assassin known as the Winter Soldier.

Coming along with the trailer are three posters which focuses on the Cap and Iron Man. The first poster shows the two heroes facing each other while the second one sees Iron Man striking the Cap. 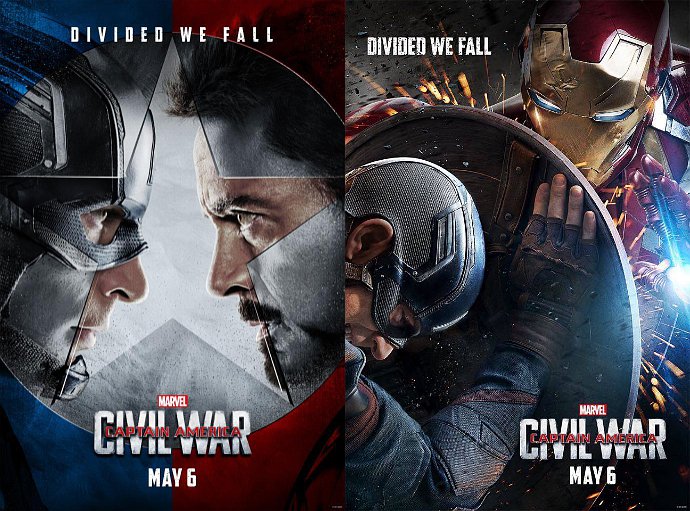 Directed by Anthony and Joe Russo, "Captain America: Civil War" will be released in the U.S. on May 6, 2016.

Joe Jonas on a Jonas Brothers Reunion: 'It Could Easily Happen'

Watch Carrie Underwood Use Her Baby as Weight During Workout Session