The cast members of the last installment of 'The Hunger Games' movie series honor the victims of the terror attacks by wearing blue-white-red emblems at the event.

AceShowbiz - The cast and crew of "The Hunger Games: Mockingjay, Part 2" took over the Microsoft Theater on Monday, November 16 as they attended the Los Angeles premiere of the action movie. At the event, they paiclutcd tribute to France by wearing a Mockingjay emblem with blue, white and red ribbons which represented the country's flag.

Jennifer Lawrence looked stunning wearing a white floor-length dress with a cut-out in cleavage. Her only accessory was the crimson lipstick on her lips. The 25-year-old actress was joined by co-stars Liam Hemsworth and Josh Hutcherson. The trio then posed for photographer together, embracing each other. Hemsworth looked dapper donning a dark green suit. As for Hutcherson, he rocked a maroon suit which he teamed with a black shirt and a black tie. 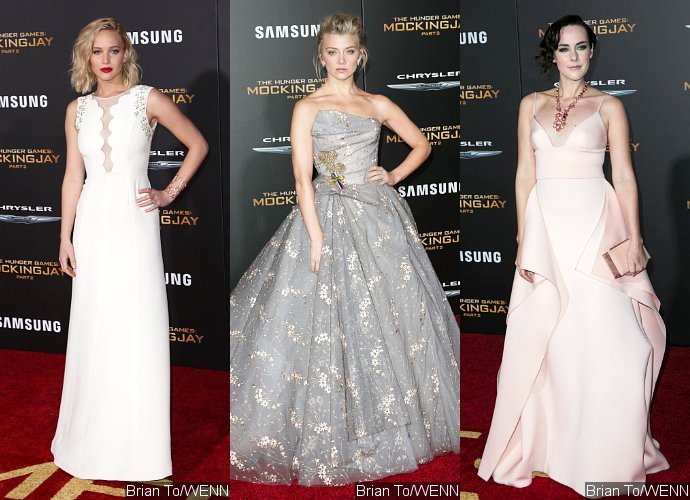 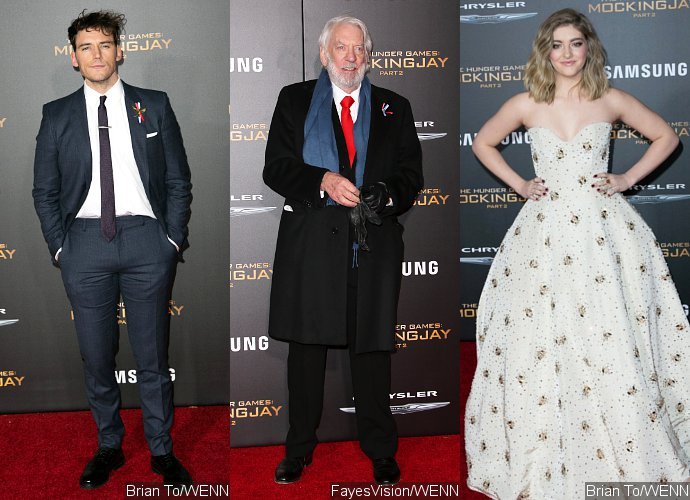 The red carpet interviews, which were supposed to be conducted before the cast headed into the screening, were cancelled, and the cast decided to remain silent during the event.

"Mockingjay, Part 2" features an epic final showdown as Katniss Everdeen (Lawrence) teams up with her closest friends to take down President Snow (Donald Sutherland), who has become obsessed with destroying her. The final installment of "The Hunger Games" movie series is scheduled to be released in the U.S. on November 20.