The actress who plays Penguin's boss Fish Mooney confirms her imminent departure and promises an 'awesome finale' for the first season.

AceShowbiz - Jada Pinkett Smith announces that she won't reprise her villainous role as Fish Mooney when "Gotham" returns for the sophomore season. "We're done. I did my year and I had a good time," she opens up in an interview with Extra.

Will Smith's wife assures her character will exit with a bang in the last episode. "The show is going to have an awesome finale!" the actress teases, before coyly adding, "You never know what Fish might have up her sleeve."

Starring on the superhero series has been a wonderful experience, she gushes. "I've always been a comic book fan," she explains, "so it was definitely a dream to be able to participate in an origin story of Batman with an original character. Who would of thought in a million years that I would have the opportunity to do that?"

While she is unlikely to return for the second season of Batman spinoff, Pinkett Smith jokes on "Live with Kelly and Michael" that her character might pop up somewhere else. "She could show up anywhere, you never know!" she says with a laugh.

There are indeed numerous DC Comic adaptations in the works right now. "Wonder Woman", "Suicide Squad", and a new Batman film are among the projects for big screen.

No Doubt and Usher to Headline Global Earth Day 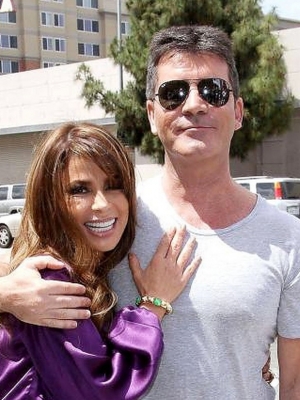