The 1975 frontman says he and the 'Blank Space' hitmaker 'exchanged numbers in the same way that a lot of people in this kind of world do.'

AceShowbiz - %cMatt Healy% has addressed %cTaylor Swift% dating rumors. Sitting down with Angus O'Loughlin and Ash London from Shazam Top 20 on 2DayFM on Friday, January 16, Matt listened to the reports that he and Taylor were dating for two months.

"It's fake. It's all bloody fake. It's a farce!" Matt said, before explaining what happened between him and the "Shake It Off" hitmaker. "Yeah, we met each other, we exchanged numbers in the same way that a lot of people in this kind of world do," the frontman of %cThe 1975% shared.

He added, "We spoke occasionally, and then [Taylor]'s the biggest pop star in the world, I'm in Australia. There's no, like, relationship or anything happening. It's just funny how people really, really buy into that... So that didn't really happen, as much as it would be amazing for me if it did. Unfortunately, it didn't."

The radio station was the first to speak to Matt about Taylor back in December. At that time, the radio host asked the English musician if he had exchanged numbers with Taylor after she was spotted attending his band's concert along with %cSelena Gomez% and %cEllie Goulding%. "We exchanged numbers. Let's see what happens," Matt replied. After that, dating rumors between Matt and Taylor emerged.

Taylor's representative later shot down the rumors, telling PEOPLE that the "Red" singer remained "happily single," before adding, "It is disappointing that her one birthday request was ignored." 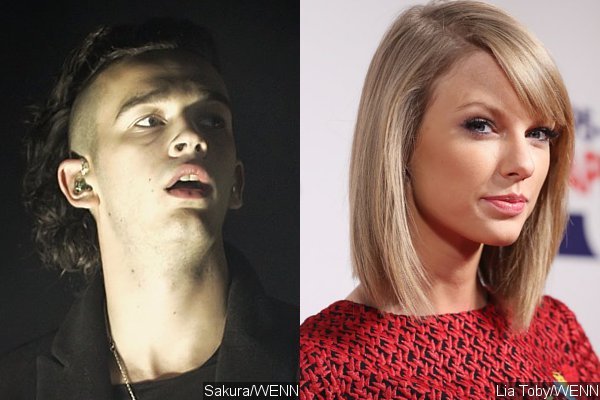