The 1975 lead vocalist is 'very excited' about his upcoming music project where he teams up with 'some brilliant artists' including the 'Boom Clap' hitmaker.

AceShowbiz - Matty Healy has teased his upcoming collaborations with Charli XCX and Beabadoobee.

The 1975 frontman has admitted he's "very excited" about the new tunes he has with some "brilliant artists" and confirmed they include the "1999" hitmaker and his record label Dirty Hit's hottest signee.

The "Love Me" hitmaker wrote on Instagram alongside a series of snaps from his home, "Lockdown in the bunker. Keeping sane by cleaning and taking pictures currently. Very excited about new music in the coming months with some brilliant artists (thank you to them!) - new playlist tomorrow, for sanity reasons."

And when quizzed by a follower if he is teaming up with the singers, he replied, "BOTH!"

Back in August 2019, the "Chocolate" hitmaker revealed to fans that he had sent a "beat" to "Gone" singer Charli and shared it's a "monster tune."

He tweeted at the time, "Sent her a beat at like 5pm yesterday and woke up this morning to a HIT. A MONSTER TUNE!! I'm prolific but she's on some s***@charli_xcx (sic)"

However, when asked whether his band or himself will feature on the track, Matty said that he didn't know and added that the band No Rome - who are signed to Dirty Hit - and his bandmate George Daniel worked on the song.

He replied, "Not sure yet but me and Rome and George produced."

Charli also confirmed a collaboration was in the works.

She said in an interview, "We sent some ideas back and forth, and I'm such a fan of (Matty) and the band. They just get it, and they don't get it at the same time, which I think is the best way to make music. And I think he's such a smart lyricist, it's just very smart and also fun, and I feel like they really love pop music."

"And I love that, and I'm so inspired by that energy and that uniqueness. So yeah, I don't know what's going on. But I really admire their song writing, so hopefully something will come of it." 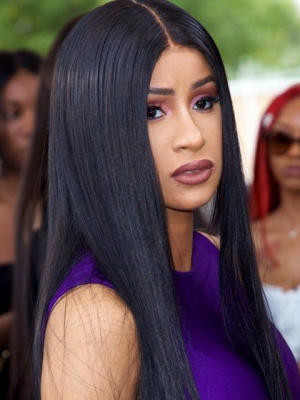