Iggy Azalea: Criticism About My Music Has '100,000 Percent to Do With the Fact That I Have a Vagina'

The 'Fancy' hitmaker believes that people keep criticizing her and accusing her of stealing black culture not because she's white, but because she's a woman.

AceShowbiz - Iggy Azalea has been the center of a debate about hip-hop and race. The Australian native has had Twitter wars with Azealia Banks, got a hip-hop history lesson from Q-Tip and received a number of negative reactions from black artists who accused her of stealing black culture by calling herself a rapper.

In a new interview with Vanity Fair, Azalea responded to the criticism and said that the real reason why people hated her was not because she's white. "Well, they don't say that stuff about Macklemore," she told the site. "So, yes, I think it has 100,000 percent to do with the fact that I have a vagina."

The 24-year-old star noted that she wasn't the first white artist to do black people's stuff. Asked if she felt weird about being a white female rapper, she replied, "I never thought it was strange. If you go back to The Rolling Stones and Elvis Presley and Eminem - they've all basically done black music. I felt this wasn't that far from what we've seen in music history over and over again."

In the interview, Azalea also talked about her life that changed thanks to the success of "Fancy" and rumors about her sex tape. "Some bad, some good," she said of her life now. "I can't walk down the street anymore, and I have to be very selective when I grocery shop. I went from having nothing to having everything I could possibly want. It's weird. It's almost scarily easy to quickly forget that you had nothing."

Of her supposed sex tape, she shared, "I do not have a sex tape; I would remember if I had a sex tape. But if I did have a sex tape it would be completely f**king fine and my own business." 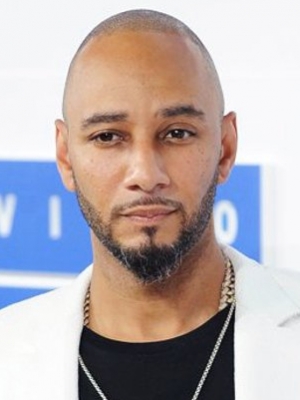