Moore is joined by Joseph Gordon-Levitt, Chloe Moretz and her family as she unveils the 2,507th star in the category of Motion Pictures on Hollywood Walk of Fame.

AceShowbiz - Julianne Moore has been honored with a star on Hollywood Walk of Fame. The actress attended a ceremony to unveil the 2,507th star in the category of Motion Pictures on Thursday, October 3. Moore's husband, two children as well as her "Don Jon" co-star Joseph Gordon-Levitt and "Carrie" castmate Chloe Moretz were also present.

Moore looked radiant at the Thursday event. Wearing a yellow Dolce & Gabanna dress and a pair of white heels, the "Game Change" actress posed with Moretz for pictures and planted a kiss on the 16-year-old star's cheek. Moretz, meanwhile, looked pretty in a pink dress and matching shoes.

In another picture, Moore was all smiles as she posed with husband Bart Freundlich, 15-year-old son Cal and 11-year-old daughter Liv. She put her hands on their waists.

"Julianne Moore has captured our hearts on the big screen with her amazing work. She is one of the most gifted and charismatic actresses of our time and we are honored to have her immortalized on the Walk of Fame," said Anna Martinez, Producer of the Walk of Fame ceremonies.

Moore is popular for her role in movies such as "Boogie Nights", "The Hours", "The End of an Affair" and "Far From Heaven". She recently wrapped the filming of David Cronenberg's "Maps to the Stars". Her next movie "Carrie" will hit U.S. theaters on October 18. Moore will also be seen in "The Hunger Games: Mockingjay, Part 1" as President Alma Coin. 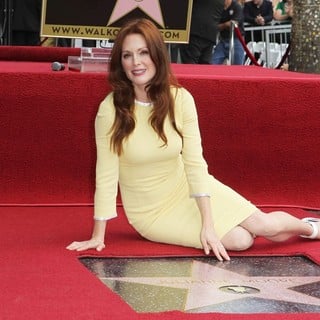 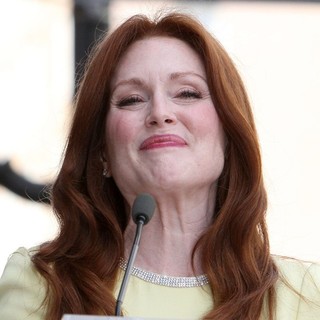 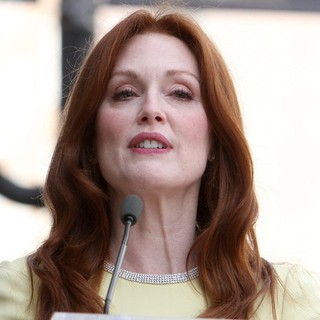 Michael Jordan on Mike WiLL's '23' Music Video: I Like It

Julianne Moore: There Is So Much Judgment in the Term 'Ageing Gracefully'

Julianne Moore Spooked as She Found Drunken Stranger on Her Couch