Kelly Clarkson Debuts 'Tie It Up' at CMA Music Festival

The 'American Idol' season 1 winner is joined by country stars Jason Aldean and Trisha Yearwood to sing at this year's country music festival.

AceShowbiz - %cKelly Clarkson% rocked the 2013 CMA Music Festival on Saturday, June 8. The 31-year-old singer performed her new single, "Tie It Up", for the first time at the event which was held at LP Field in Nashville, Tennessee.

Clarkson debuted the country-ish track a day after unveiling the single's cover. In the artwork, Clarkson is flashing the bling on her finger while playing a bride whose left arm is tightly tied to someone else's.

Looking gorgeous in a short-sleeved red dress, the first winner of "American Idol" told the crowd that she was anxious about her performance. "This is my first official set at a country... thing," she said. "I've been nervous all day because I wanted to be good for you!"

The singer who will soon marry fiance Brandon Blackstock said that she was so nervous that she forgot to wear her engagement ring. She continued, "I'm secretly freaking out right now about where my ring is. I know Brandon is having a heart attack. Sorry baby, I love you! I got nervous about tonight so I probably took it off while doing something."

Clarkson went on to sing her other hits including "Don't Rush" and "Because of You". She also brought country stars %cJason Aldean% for a performance of "Don't You Wanna Stay" and %cTrisha Yearwood% for a cover of %cGarth Brooks%' "Ain't Goin' Down Til the Sun Comes Up".

Other musicians who appeared at the event were including %cLenny Kravitz%, %cKeith Urban%, %cDierks Bentley%, %cFlorida Georgia Line% and %cThe Oak Ridge Boys%.

Kelly Clarkson Performs "Tie It Up":

Kelly Clarkson Performs "Because of You":

Kelly Clarkson and Trisha Yearwood Perform "Ain't Goin' Down Til the Sun Comes Up": 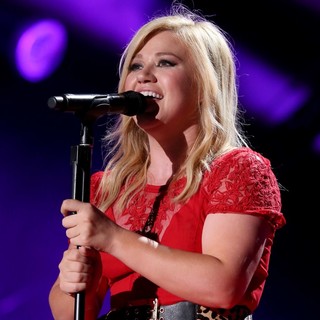 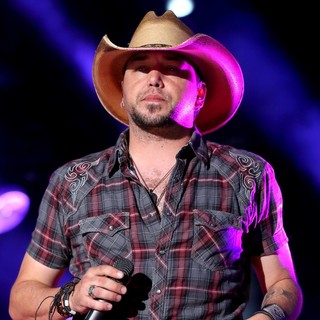 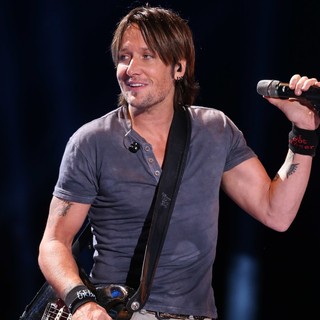 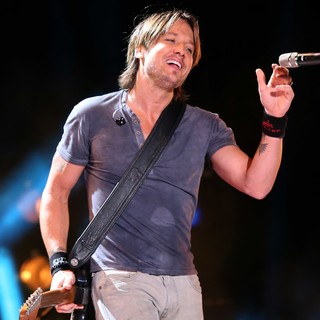 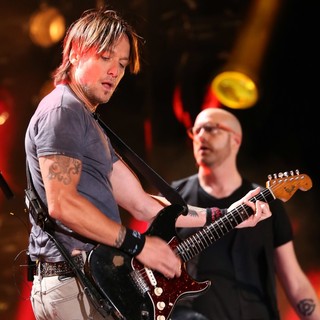 Video: Kendrick Lamar and Nas Perform at the 2013 Governors Ball