The Young Money female rapper and the Roc Nation singer appear among the wreckage in the post-apocalyptic music video.

AceShowbiz - Nicki Minaj's "Fly" music video has made its way out for fans' viewing pleasure. Featuring Rihanna who lends her vocals on the hook, the long-delayed clip was released in full on MTV.com soon after being previewed on the black carpet of 2011 Video Music Awards at LA's Nokia Theater.

The Young Money femcee opens the video in style by riding a luxurious vehicle. Rocking a pink pixie-cut wig and a long flowing lavender dress, she makes a stop in a plane wreck. She then changes into a leopard-colored wig and bronze-colored outfit with bubble skirt. She is joined by Roc Nation singer RiRi who wears a long-sleeved mini outfit.

The music video was filmed in January. "We're going to save the world in more ways than one with the video and that's all I can say about that," the femcee said back then. "I love Ri-Ri! I mean, when she's not grabbing my ass she's a sweet girl."

Premiere date for the video was put on hold to give a room for the release of "Super Bass" and its accompanying clip first. She actually had no plan to drop the single, but changed her mind after it got endorsement from Taylor Swift and Selena Gomez.

Nicki Minaj Reportedly Has Given Birth to Her Child 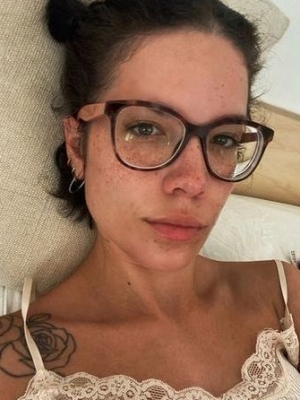