Choosing a gold Bottega Veneta strapless outfit, the Hermione depicter says she wanted to wear something edgy for the New York screening of 'Harry Potter and the Deathly Hallows: Part II'.

AceShowbiz - Emma Watson looked stunning at the screening of "Harry Potter and the Deathly Hallows: Part II" premiere in New York City on Monday, July 11. She stole attention with her gold dress which consists of a linen bustier and cascading satin amber flamed skirt. The gorgeous gown is taken from Bottega Veneta's Fall 2011 collection.

"New York is such a fashion capital, I felt I could push the envelope a bit," she gushed about her choice of fashion. "With London I went a bit more classic but for today I wanted to do something edgier." She wore an Oscar de la Renta gown with embroidered bodice and full skirt when attending the "Deathly Hallows" premiere in London last week.

They also took time to stand on the small podium set up outside the Avery Fisher Hall to deliver their speech. Daniel talked about his strong bond with Emma and Rupert. "We have a sibling relationship," he stated. "No one knows what it's been like to go through this mad journey but us." He added, "The film is so much better than anything we've ever done, people will go nuts for it."

Playing Harry Potter since 2001's "Harry Potter and the Philosopher's Stone", he was shown a picture of himself attending the very first "Harry Potter" premiere. He simply laughed it off, saying "I'm basically the same aren't I, I look the same, with just a slightly deeper voice." Emma, meanwhile, cringed when being shown her picture. She, nonetheless, quipped, "Look I had fun with it! I was wearing gold make-up that night too, so I'm sensing a theme."

The other cast of the movie coming to the event held at the Lincoln Center included Tom Felton who plays Draco Malfoy, Matthew Lewis who portrays Neville Longbottom, and Alan Rickman who tackles Professor Snape. All of the three men opted to suit up.

Celebrity guests at the event included "Sex and the City" actress Sarah Jessica Parker. She come to the screening with her actor husband Matthew Broderick and their little son James. She wore a navy and blossom watercolour satin chiffon gown by Oscar de la Renta. She matched it with a chic black blazer and a gold shoulder bag.

"Deathly Hallows: Part 2" will end the hit film series with an epic final battle which witnesses Harry Potter and the Dark Lord's climactic showdown. The adventure fantasy movie will be released in the U.S. on July 15. 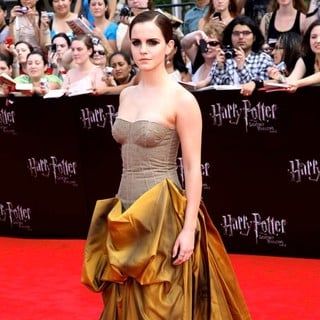 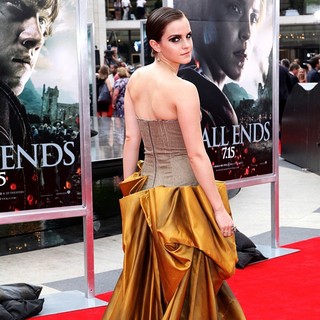 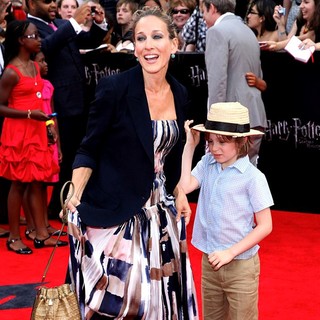 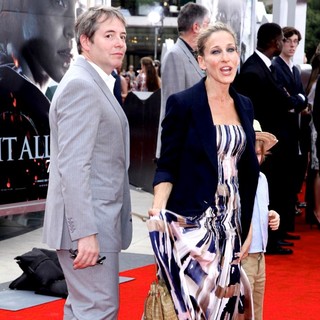