The depicter of Prospera is additionally seen facing the sky from a reef in her bird-like costume.

AceShowbiz - More sneak peeks to "The Tempest" have been provided in a form of pictures. Posted on Teaser Trailer, two of the new photos highlight lead actress Helen Mirren. The 65-year-old who portrays Prospera is seen being surrounded by several men at a desert, showing a brave face.

In another picture, the Brit star is featured wearing an outrageous costume which resembles bird's wing. She stands on a reef while facing the sky and lifting her hand. The other fresh still, meanwhile, captures Russell Brand and Alfred Molina along with Djimon Hounsou.

"The Tempest" will center its story on Prospera, who reigns over the magical island, her daughter Miranda and a shipwrecked crew full of Prospera's enemies. Based on Shakespeare's play, the story mixes romance with fraternal politics and the supernatural. 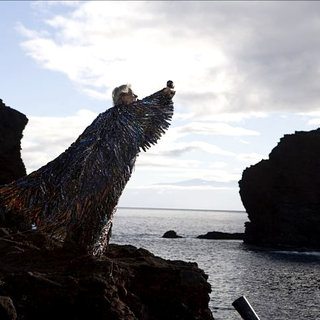 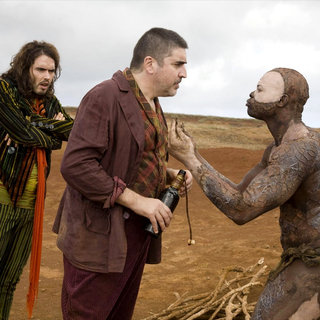