The helmer says Jamie Campbell Bower is 'being biased' when saying he should direct 'The Twilight Saga's Breaking Dawn', while Ashley Greene supports his 'New Moon' co-star's opinion.

AceShowbiz - Although nothing has been set in stone for "The Twilight Saga's Breaking Dawn", "The Twilight Saga's New Moon" star Jamie Campbell Bower has previously expressed his desire to see Tim Burton as helmer for the film. Recently, the man behind "Alice in Wonderland" commented on the actor's opinion on him to direct the latest installment of the vampire drama movie.

"He's being biased, because I worked with him on 'Sweeney Todd'," Burton said with laugh when he was interviewed by MTV at the opening of a retrospective of his work at New York's Museum of Modern Art. "But that's nice to hear. In case potential jobs run out, it'd be nice to know someone."

While Burton chose to be grounded when asked about his possibility to be involved in the fourth "Twilight" film, Ashley Greene has agreed with Bower. "I think that would actually be a really great choice," she said when met during the same occasion. "It would be completely different."

"But if you look at what we've done from 'Twilight' to 'New Moon' to 'Eclipse' director-wise, they're all completely different, because the tones are different. The fourth one's a little odd, a little weird, and I definitely think that Tim Burton would put an amazing spin on it," she additionally explained. "You never really know what to expect. You never know what you're going to get, and I think, artistically, he's just brilliant."

In related news, scriptwriter for the first three "Twilight" films Melissa Rosenberg has talked about the status of "Breaking Dawn". Although Robert Pattinson previously claimed the film is likely to happen, the scribe was not as sure as the British actor. "'Breaking Dawn' is kind of a no comment situation," she told Film School Reject. However, she added, "Obviously I'd be a fool not to want to write it and complete the process. But nothing has been decided at this moment so we will see."

"The Twilight Saga's Breaking Dawn" will serve as the follow-up to the third "Twilight" film, "The Twilight Saga's Eclipse". It will still revolve around the love story between Kristen Stewart's Bella Swan and Robert Pattinson's Edward Cullen. Previously, there was a rumor that the fourth book may be split up into three movies, while the author, Stephenie Meyer, believes it should be made into two films.

Nick Jonas and The Administration to Sing at Grammy Nominations Concert 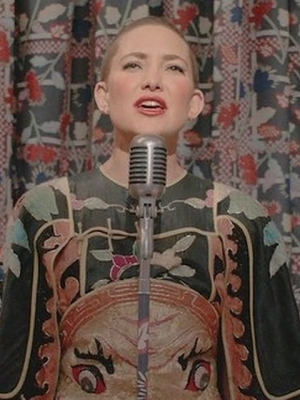