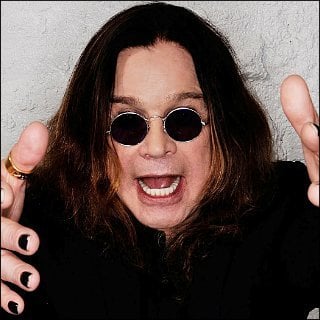 Born to working class family, Ozzy Osbourne left school at an early age and underwent many odd jobs before joining a band called Geezer Butler. Following the group's split he joined a new band dubbed Earth which then switched their name into Black Sabbath. It was with this musical act that Ozzy became famous worldwide as its lead vocalist. The band's debut album "Black Sabbath" was released in 1970 and was sold well in England and abroad despite being panned by critics. Its follow up, "Paranoid", was also a hit and spawned popular tracks, "War Pigs," "Iron Man," also "Paranoid".

In between working on his solo career, Ozzy took time to rejoin Black Sabbath, recording albums and touring with them. Following his success in music, he alongside wife Sharon Osbourne and their children Kelly and Jack starred in the reality series "The Osbournes". Aired on MTV, the show became a hit. It chronicled the family's professional and personal lives, including Ozzy's battle with alcohol and drugs addiction also Sharon's battle with colon cancer. Ozzy was born as John Michael Osbourne on December 3, 1948 in Aston, Birmingham, England. He's been married to Sharon since July 4, 1982. Their eldest child, daughter Aimee, refused to star in "The Osbournes".