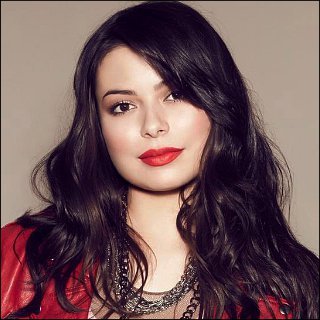 Miranda Cosgrove was born on May 14, 1993 by the name Miranda Taylor Cosgrove. She was discovered by talent scouter at the age of three when singing and dancing at restaurant Taste of L.A. Since then, she became a child model and appeared in a number of TV commercials. In 2000, she began auditioning for theaters and TV roles. Her first appearance in the small screen project was as a 5-year-old Lana Lang in the 2001 pilot of TV series "Smallville".

Two years later, she made her debut in a feature film titled "The School of Rock". Her portrayal as a young girl with great ambition and discipline named Summer Hathaway was praised by movie critics and she got a nomination for Best On-Screen Team along with co-stars Jack Black, Aleisha Allen, Rebecca Brown and Kevin Alexander Clark at 2004 MTV Movie Awards.

From there, she continued landing roles in TV series and movie projects such as "Yours, Mine and Ours", "Keeping Up with the Steins", "The Wild Stallion", "Grounded for Life" and many more. She received several other prestigious nominations, including Best Performance in a TV Series (Comedy or Drama) - Supporting Young Actress at 2007 Young Artist Awards, thanks to her role as Megan Parker in "Drake & Josh".

Already making a name in acting, Miranda branched out to music in 2007 when she secured a lead role for Nickelodeon's hit TV series "iCarly". Unlike her previous projects which only had her playing in front of the camera, this TV series made her involved in the making of its soundtrack. A four-song soundtrack compilation was out for purchase with her on the lead. After losing in some award shows, she finally took home a trophy at 2009 Young Artist Awards as Best Performance in a TV Series (Comedy or Drama) - Leading Young Actress for her role in "iCarly".

Miranda released her debut single titled "Kissin U" in March 2010. The track was written by Miranda along with Dr. Luke, the mastermind behind hit singles from the likes of Britney Spears and Katy Perry. It served as the lead single of her first studio album "Sparks Fly" which arrived in the U.S. stores on April 27.

The album was preceded with a release of a mini album "About You Now" in 2009. In support of "Sparks Fly", Miranda performed at 2010 Kids Choice Awards Pre-Show and Nickelodeon aired a TV special dubbed "7 Secrets With Miranda Cosgrove". The promo managed to boost the sale of the album as it pulled in 36,000 units in its first week, debuting at No. 8 on Billboard Hot 200, while the first single peaked at No. 54 at Hot 100.