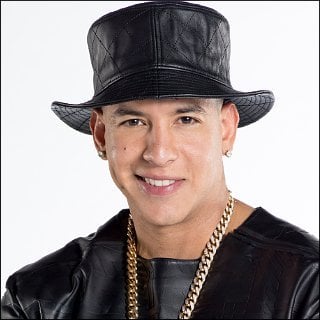 Boldly emerging in mainstream music scene with a different vibe %cDaddy Yankee% never had to say sorry. The reggaeton's latest effort 'El Cartel: The Big Boss' easily slipped to #9 in Billboard 200 chart after moving 82,000 copies in the first week of its release. On the genre level, the album inarguably rules Top Latin album chart for two consecutive weeks by sitting at the first post. With his infectious and danceable tune 'Impacto' featuring %cStacy Ferguson% aka Fergie, all he needed was to sit down, relax and watch his legacy in the making.

Not just another rapper from Puerto Rico, Daddy Yankee has successfully coined the term reggaeton in music industry. For one thing, he didn't land on the comfy couch over one night, but his struggle has begun more than a decade ago. He was born as Ramon Ayala on February 3, 1977 and had a brother named Nomar who will later on sticks by his side during the music journey. Little Ramon had always been exposed to lively music since his childhood, mainly from his father. A salsa percussionist or more often known as bongosero, Ramon's father would demonstrate the skill in front of his son who is also injected by some musical knowledge by his mother's family. Being born in Rio Pierdas, Puerto Rico, Ramon couldn't escape the thick influence of hip-hop and rap in the area that at the age of 13, he started demonstrating his skill in rapping at parties and clubs. Through these small 'gigs', he later on became acquainted to a pioneer of reggaeton DJ Playero who became his biggest inspiration in making music.

The DJ introduced him to the energetic vibe of reggae infused with hip-hop lyrics. In the verge of 1994, Ramon employed the stage name Daddy Yankee before previously also known as El Cangri, translated as handsome, in-charge and strong man in Puerto Rican. In the same year, he released his first official album 'No Mercy' that contained mainly Latin songs and managed to turn a few heads. Three more albums were released independently throughout 1996 to 2001 and the singer quickly gained his local fame. It wasn't until the album 'El Changri.com' was released in 2002 that he made a breakthrough in U.S. market. Although still in a small scale, fellow musicians and recording houses already noticed his presence but none dared to sign him. It was through his album 'Barrio Fino' that boasted the single 'Gasolina' that Interscope gave it a go. The label would then distribute some of his future recordings that sold for millions in U.S. and Puerto Rico alone.

'Barrio Fino', a mixture of Arabic, Salsa, Mexican and reggaeton broke a border in U.S. music that was dominated by pop and R&B at that time. Throughout the years, the album, that was sold over two million copies worldwide, made him the biggest exponent in reggaeton music. From then on, Daddy Yankee was seen making a lot of collaborations with both fellow reggaetons and R&B crooners. For the collaboration alone, he had appeared in more than 70 albums, working side by side with prominent musicians such as %cSnoop Dogg%, %cDon Omar% and %cLuny Tunes%. He then re-emerged as a solo artist with second studio album 'Barrio Fino en Directo' (2005) that was released under his own label El Catrel. The album was an explosion in U.S. market by reaching platinum status mainly due to the single 'Rompe'. The song managed to climb up to #24 in Billboard Hot 100 and set a trend among Latin songs to appear in American mainstream market.

In the same year Daddy Yankee signed a deal with Paramount Pictures to appear and become the executive producer of film "Talento de barrio". Although he said that this flick was not strictly an autobiography, he admitted that some scenes represented his life and others living on streets of Latin America. The movie took two years to complete before being released in October 2007. His passion in music meanwhile, was still bubbling under him that a third studio album "El Cartel: The Big Boss" was released in June 2007 with him returning to Hip-Hop roots. He said, "People are gonna see a new Daddy Yankee in terms of singing. I got hip-hop, dancehall, conscious music, R&B in Spanish. I moved in every direction in this album, not only straight reggaeton."

On more personal level, Daddy Yankee has been married to Mirredys Gonzalez for more than 14 years and had three children with her. He never revealed further details of his family like he did with his birth date few years ago. Although gaining partnership with Interscope, the singer has also been running his own production house named El Cartel Records with Andres Hernandez. Already reaching the status as businessman, Daddy Yankee won't spend his income with lavish party and personal luxury. In 2006 the singer partnered with Puerto Rican government to raise money for schools. He even built an orphanage in Dominican Republic and erected a charitable organization called Fundacion Corazon Guerrero that trains ex-convicts for better future. "I grew up in the barrio and it was a vicious cycle," Daddy Yankee recalled. "They were coming out of jail and in two months they were going back. They had the best attitude - but no one wanted to hire them because of their records. So that's what my foundation is about, to give them an opportunity."

In August 2007, the singer was sued for copyright infringement over a three-year-old track that was included in his 'Barrio Fino' album. Latin songwriter and singer Victor M. Lopez, Jr. claimed that song 'Salud y Vida' had used his composition but he hasn't got a single penny since its publishing. In the Californian lawsuit, Daddy Yankee as the artist was facing the case together with the record companies that distribute the music like Universal Music Latino and Interscope as well as Yankee's El Cartel label. Despite the trouble, his hard work in the album "El Cartel: The Big Boss" paid back when the 50th Grammy Awards put it under the category Best Latin Urban Album.