Ironically, a few days before her husband, Dave Galafassi, was photographed locking lips with another woman, the 'Pieces of Her' star uploaded a sweet post about 'eternal' love.

AceShowbiz - Toni Collette has filed to legally end her marriage to her husband of 20 years, Dave Galafassi. The "Hereditary" actress announced that she and the drummer are divorcing after he was caught kissing a young woman earlier this week.

Making use of her Instagram account on Wednesday, December 7, the Australian star shared a statement on behalf of both her and her now-estranged husband. "It is with grace and gratitude that we announce we are divorcing," the heartbreaking post, which featured a photo of a floral arrangement that read "PEACE & LOVE," began. "We're united in our decision and part with continuing respect and care for each other."

The former couple added that their kids, 14-year-old daughter Sage Florence and 11-year-old son Arlo Robert, are still their priorities. "Our kids are of paramount importance to us and we will continue to thrive as a family, albeit a different shape," they stated, before ending with a note of gratitude, "We're thankful for the space and love you grant us as we evolve and move through this transition peacefully. Big thanks."

A few hours before sharing the announcement post, Toni shared a quote on her Instagram Story that read, "No matter what your current circumstances are, if you can imagine something better for yourself, you can create it." 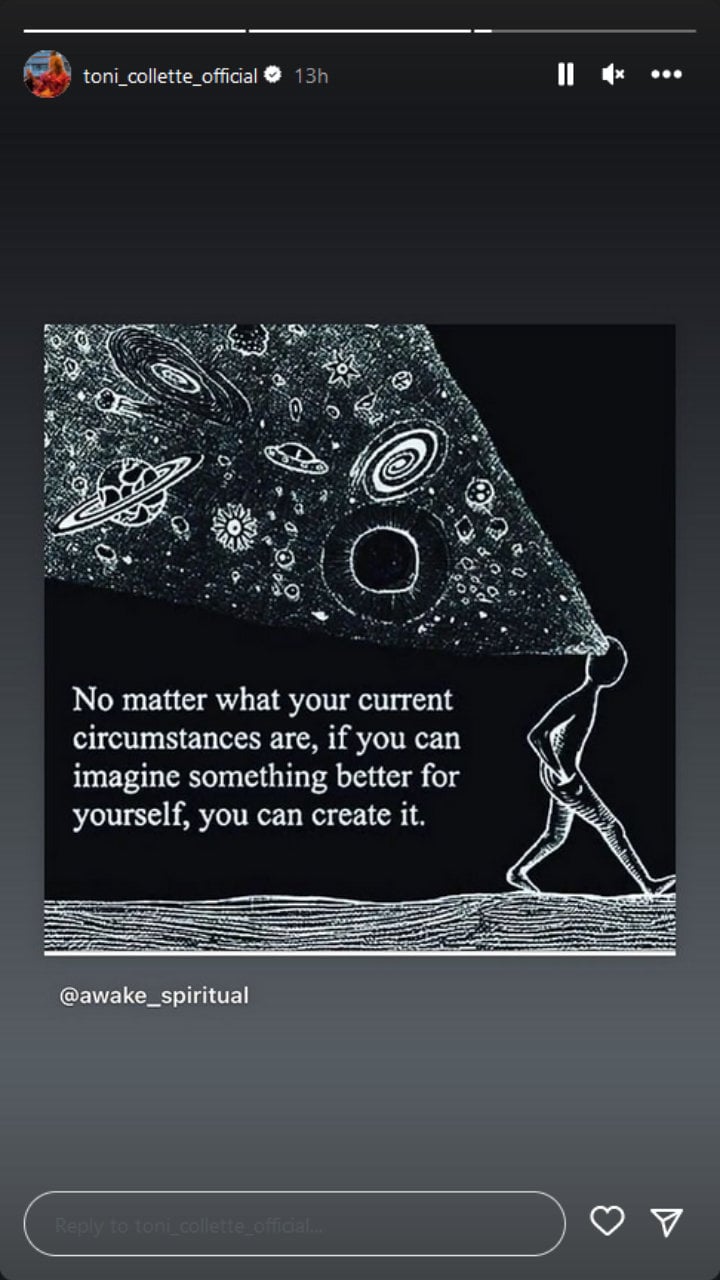 The split news came after Toni's ex Dave was caught locking lips passionately with a bikini-clad young woman at a beach in Sydney, Australia. In photos obtained by Daily Mail, the 44-year-old drummer and his female companion were also seen sitting together, holding hands in the water and sharing multiple kisses.

Ironically, a few days before Dave's cheating photos surfaced, Toni posted a message about "eternal" love. Along with an infamous photo of the Hasanly Lovers, two human skeletons sharing a kiss, the "Pieces of Her" star wrote, "Love is eternal. These two were found in Iran in 1972. They've been kissing and in this embrace for approximately 2800 years. At first they were thought to be two men but since discovered that she (left) was about 22 when she died. And he (right) was early 30s. I love them [heart emoji]."

Toni and Dave tied the knot in a Buddhist ceremony in 2003. They welcomed their daughter Sage in January of 2008 after announcing her pregnancy the previous summer. Then in April 2011, Toni gave birth to their son Arlo.