Rebel Wilson: Thanks for Well Wishes but I'm NOT Engaged

The 'Pitch Perfect' actress has poured cold water on the online buzz suggesting she has taken her relationship with girlfriend Ramona Agruma to the next level.

AceShowbiz - Rebel Wilson has debunked reports that she is engaged to Ramona Agruma. The "Pitch Perfect" actor shuts down the claims on social media as she shared a snap of the couple together at Disneyland in California.

"Thanks for the well-wishes, but we are NOT engaged," Rebel wrote on her Instagram Story on Saturday, November 5. 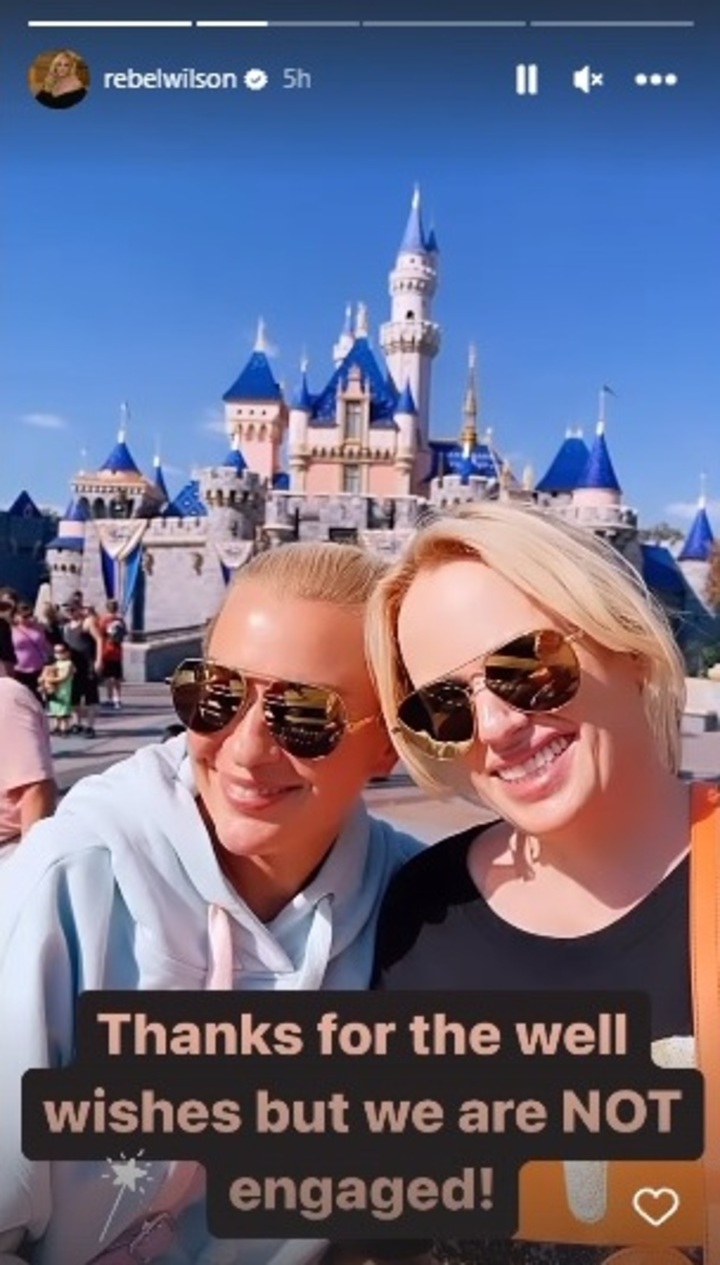 The New York Post newspaper's Page Six column had reported that Rebel had been discussing her engagement at George Clooney's Halloween party. A source said, "They were making out in a corner and telling everyone how excited they are to be engaged!"

A separate insider had claimed that Rebel is "wildly happy" to be marrying Ramona and the outlet suggested that the pair had marked the engagement with a pair of matching diamond rings.

Rebel, 42, started dating the businesswoman in April and went public with the romance two months later as she revealed her sexuality to the world. She wrote on Instagram, "I thought I was searching for a Disney Prince… but maybe what I really needed all this time was a Disney Princess #loveislove."

Rebel previously revealed that they couple had an "old-school" method of courting as they spoke on the phone for weeks before meeting in person and spoke of her happiness at being in a "healthy" relationship.

She said, "I think going through the process of finding more self-worth, I think that what you want in a partner is elevated and so it's great to have someone who feels like an equal partner and be in a healthy relationship."

"There were times - I'm not saying with all my exes, they're great - but there were some times that I was probably putting up with that I shouldn't have. So it feels different to be in a really healthy relationship."

Rebel Wilson 'Overhauled' Her Life to Have a Kid