The 'She's the Man' actress, who rarely updates her social media account, reveals her fans on Instagram that she has enrolled in 'cosmetology college to become a manicurist.'

AceShowbiz - Amanda Bynes has just announced a new career that she wants to achieve. On Friday, October 7, the "She's the Man" actress told her fans that she enrolled in "cosmetology college to become a manicurist."

The award-winning actress took to her Instagram account to share the exciting news. She posted a short clip of her attending class alongside several other students.

For her class, Amanda dressed casually in a fitting black T-shirt with matching black leggings. As for her brunette locks, it was swept back in a high ponytail as she opted for minimal makeup with a hint of dark eyeliner. 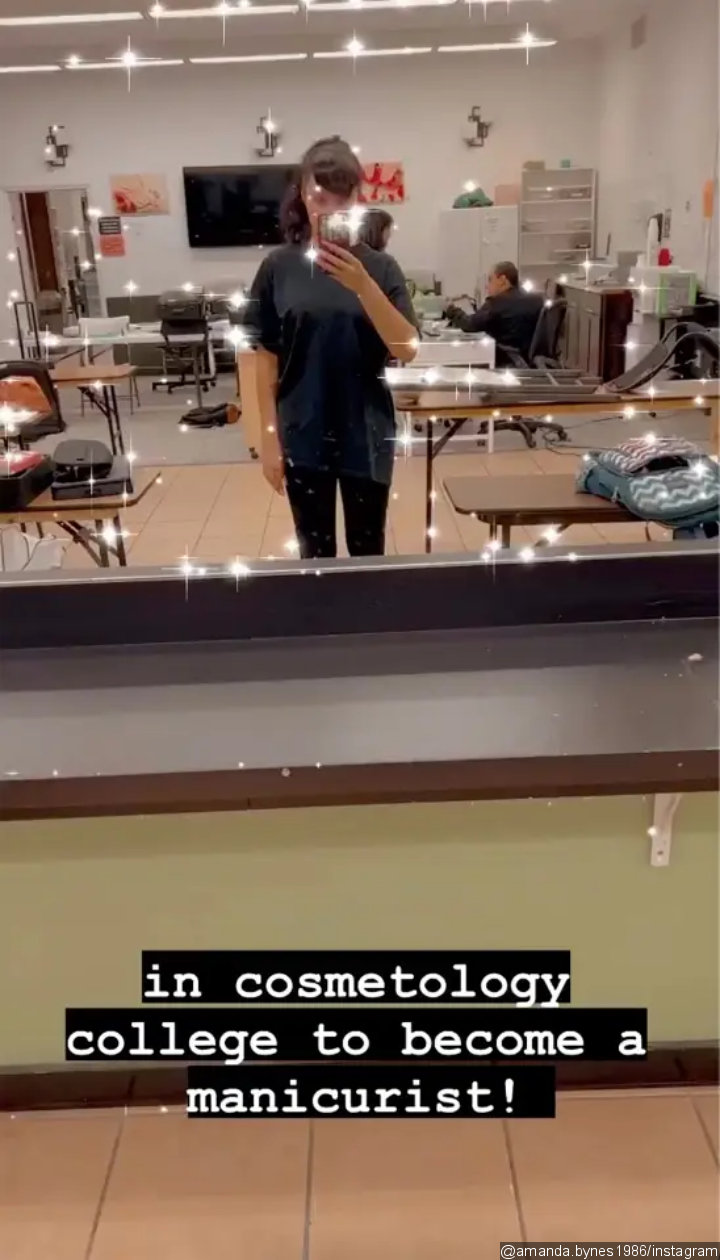 The "Hairspray" star also teased fans a glimpse into her classroom and the latest project she's been working on. She showed off a beautiful pair of black and silver sparkling glitter acrylic nails.

Fans were psyched over the news. "Amanda Bynes is becoming a manicurist…imagine having Amanda f**king Bynes doing ur nails. Legendary!" a fan responded. Someone else raved, "Proud of you Amanda Bynes!" Showing endless support to the 36-year-old star, another fan added, "Amanda Bynes living life and we're going to support her with love."

Amanda, who rarely updates her social media account, announced she quit acting back in 2013. The former Nickelodeon star wrote on her now-deleted account, "Being an actress isn't as fun as it may seem. If I don't love something anymore, I stop doing it. I don't love acting anymore, so I've stopped doing it. I know 24 is a young age to retire, but you heard it here first."

The "What I Like About You" star later shared in an interview with Paper Magazine in 2018 that she made the decision because of her struggles with self-esteem. "I literally couldn't stand my appearance in ['Easy A'] and I didn't like my performance," she told the publication. "I was absolutely convinced I needed to stop acting after seeing it."

Elon Musk Calls Himself 'Masochist' While Addressing His Antics on Twitter

Amanda Bynes 'Excited' for 'All That' Reunion at 90s Con

Amanda Bynes Enrolls at Cosmetology College to Be Manicurist

Quavo and Offset Got Into Fight Backstage at Grammys 2023