The 21-year-old rapper from Virginia was driving a pink and black Maserati when he was arrested in Atlanta after being on the run since the shooting in late August.

AceShowbiz - StaySolidRocky has been arrested in connection to a shooting that occurred at a funeral service two weeks ago. The rapper from Richmond, Virginia was apprehended by cops in Atlanta on Thursday, September 8.

According to local news outlet CBS 46 News, StaySolidRocky, born Darak Figueroa, was arrested by the U.S. Marshals Southeast Regional Fugitive Task Force with the assistance of the Atlanta Police Department and Georgia State Patrol. He was driving a pink and black Maserati Levante and reportedly had a gun on him at the time of his arrest.

StaySolidRocky is charged for the shooting inside the New Life Outreach Church in Chesterfield, Va. on August 27 at the close of a funeral service. He faces charges of shooting in an unoccupied building and reckless handling of a firearm. The motive for the shooting is currently unknown.

The 21-year-old had been on the run since the shooting. He fled to Georgia to evade capture, according to the U.S. Marshals. The Fugitive Task Force received information and a possible location for Figueroa and requested assistance from the Georgia State Patrol and Atlanta Police Department.

They were able to verify the information and locate and arrest Figueroa after federal agents spotted his distinctive pink Maserati. A since-deleted Story on his official Instagram page showed a car being driven near the Mercedes-Benz Stadium in Atlanta. 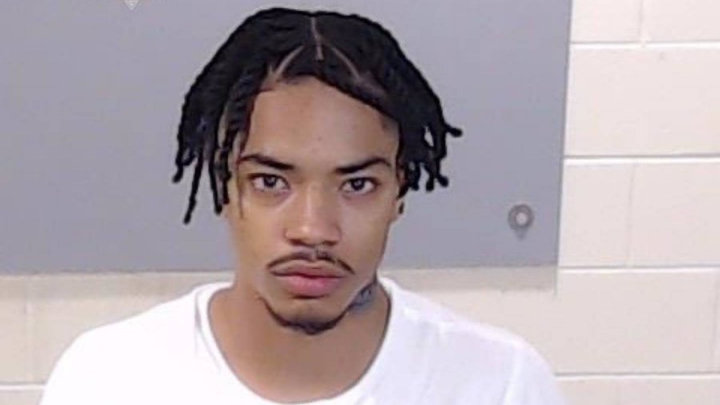 Darak Figueroa a.k.a. StaySolidRocky is arrested for shooting at a funeral service.

StaySolidRocky, who was raised in Richmond, rose to prominence in the hip-hop music scene with his 2020 single "Party Girl". The track had two million views on YouTube before it went viral on TikTok. It peaked at No. 21 on the Billboard Hot 100.

The track earned the Dominion State rhymer a deal with Columbia Records the same year and he released his debut EP "Fallin" a few months later on the imprint. Last month, he debuted his most recent project "Why So Larceny?" independently, which features the singles "Sloppy Joe" and "Cool Off".