Giving an honest take on the newly-launched version of the Apple gadget, Steve's model daughter Eve Jobs insinuates that the newer version is no different from the older iPhone 13.

AceShowbiz - Steve Jobs' daughter doesn't mince her words when it comes to her review on an Apple product. Widely known as one of the offspring of the late tech magnate, Eve Jobs has taken everyone by surprise with her hilarious jab at the new iPhone 14.

Following announcement on the new iPhone 14, Eve roasted the new version of the gadget by comparing it to the older one. The model suggested that the newer version is no different from the existing iPhone 13.

Making her point across, the model, who is signed to dna Model, reposted a meme from the WallStBets account featuring an elder man opening a gift, which turns out to be the same shirt he is wearing. "Me upgrading from iPhone 13 to iPhone 14 after Apple's announcement today," read the caption. 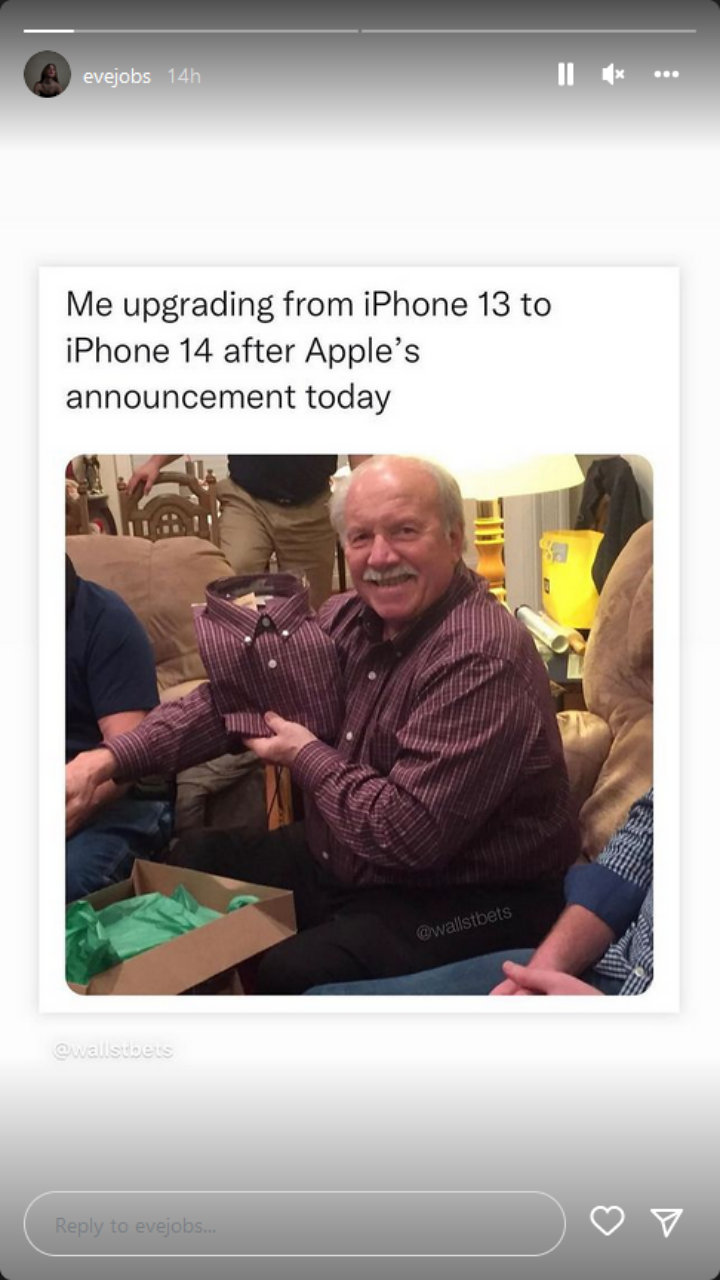 Many agreed with Eve, as one person responded, "She's not lying lmao." Another echoed the sentiment, "See now if she said it then I know damn well Lol." A third urged others to listen to Eve, "Literally been the same since the 11. Y'all better listen to her."

Another critic elaborated, "I love iPhone but she is NOT lying. They add a few extra colors, a few more camera pixels and change the layout of the home screen and re-sale the same phones AGAIN. And we fall for the s**t."

Another responded to Eve's tongue-in-cheek comment, "Not the shade bye," adding several crying tears of joy emojis. One other took the opportunity to criticize current Apple Inc. CEO Tim Cook as claiming, "Steve was an innovator. Tim just gettin by. Period."