The 'Fantastic Four' actor previously claimed Alice had deliberately been trying to cut communication between him and his two minor daughters, Elsie and Ella, following their split.

AceShowbiz - Ioan Gruffudd and Alice Evans have failed to reach an agreement in their ongoing custody battle. Weeks after the actor, 48, filed a restraining order against his ex-wife, 54, publicly available court papers show they are still at loggerheads despite the involvement of a mediator.

Ioan filed in July for joint custody of their two daughters Elsie, 8, and Ella, 12, and asked for visitation rights to see them amid his split from Alice, with his restraining order against her banning her from mentioning him on social media for three years following her long online attacks against him and his 29-year-old girlfriend Bianca Wallace.

MailOnline said on Friday night, September 2, papers show estranged Ioan and Alice had a meeting set for August 31 but "no agreement" had been reached. The documents added the former couple has another appointment due on October 11, at the Stanley Mosk Courthouse in Los Angeles. As they continue to try to resolve their differences concerning arrangements for the care of their children.

Ioan previously claimed Alice had deliberately been trying to cut communication between him and his children. He also petitioned for the girls to attend in-person therapy and "reunification therapy" in Zoom sessions. Ioan has said Alice subjected him to verbal abuse during their 14-year marriage, claiming, "Alice made fun of my appearance often, making hair-loss comments and telling me I had 'saggy-vagina eyes.' "

Alice last month risked violating her restraining order after again taking to social media to post about their separation, saying on Instagram, "I'm working out to try to calm myself down because I am being GASLIT. Freaking GASLIT. With my kids, with the places I usually go to. Everything. I can't leave the house without being photographed and told that I am fat and horrible whereas 'B' is so slim… ." 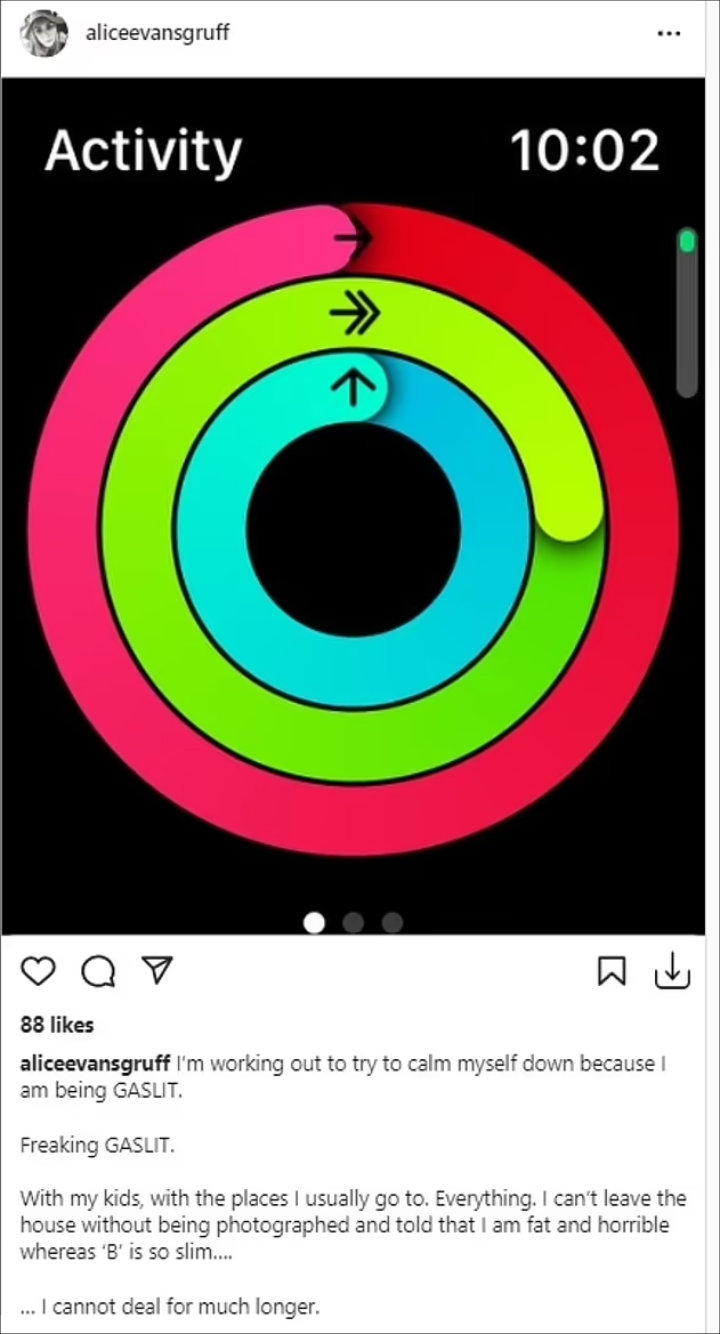 Alice Evans posted about her split from Ioan Gruffudd.

The 'B' was an apparent reference to Ioan's girlfriend Bianca, with Alice signing off, "I cannot deal for much longer."