Following her acting debut on Starz's 'P-Valley', the 'Sweetest Pie' hitmaker is set to make a cameo appearance on Disney+'s 'She-Hulk: Attorney at Law' that stars Tatiana Maslany.

AceShowbiz - Megan Thee Stallion is heading to Marvel Cinematic Universe. Following her role on Starz's "P-Valley", the "Savage" hitmaker is set to make a cameo appearance on Disney+'s "She-Hulk: Attorney at Law".

Following rumors that she would appear on the Marvel series starring Tatiana Maslany, it was finally confirmed that the "Traumazine" artist was cast on the show. The "WAP" femcee's participation is confirmed in Megan's interview with The Cut.

Her role has yet to be disclosed, but it seems like the Hot Girl Summer will be appearing as herself. According to a plot teased by cast member Josh Segarra, the Houston star will be seen getting involved in a legal case that is being handled by attorney Augustus "Pug" Pugliese (Josh).

During an interview with Deadline on the red carpet of the show's premiere, Josh teased what fans could expect in the outing. "A gentleman is being catfished by somebody that lives in another universe, let's say. Another world," the actor said.

He also shared that the catfisher is pretending to be a certain recording artist. He further teased, "So he thinks he's dating one person, and he's not, so we need to help him figure that out."

Prior to this, Megan made her acting debut on "P-Valley" as she appeared as her own alter ego, Tina Snow. It was also revealed that the "Sweetest Pie" raptress actually auditioned for the lead before her rap career took off. "I was just coming up, and I read for Mercedes, but seeing [Brandee Evans] play Mercedes, I'm like, 'Obviously, I was not here yet.' She's so perfect for that role."

Following her appearance, Megan earned praises from "P-Valley" crew, including creator Katori Hall and co-star J. Alphonse Nicholson. "I think she has it in her tool bag to do anything," J. Alphonse raved. "You could see her in a period piece, whether she's playing someone in the 1960s trying to come up and make it, or whether she's in a futuresque sci-fi film and she's out here whooping a** and fighting on some Marvel stuff. I think she could bring it all to the table just because she has that glow."

In addition to "She-Hulk: Attorney at Law", Megan is set to appear in A24's R-rated musical comedy "F*cking Identical Twins". The movie will star Bowen Yang, Nathan Lane and Megan Mullally among others.

Tatiana Maslany Credits Mark Ruffalo for Helping Her for 'She-Hulk: Attorney at Law' 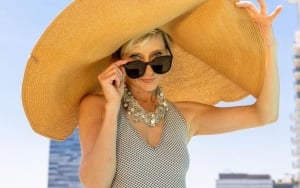 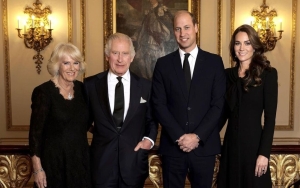