Hours earlier, her former bandmate Melanie C admits that she and Mel B have been 'manifesting' a reunion tour for the legendary pop group as they approach the 25th anniversary of second album 'Spiceworld'.

AceShowbiz - Victoria Adams performed a Spice Girls song on karaoke. When on holiday with her footballer husband David Beckham, the 48-year-old star who shot to fame as Posh Spice in 1990s girl group Spice Girls grabbed the microphone in a club to give a rendition of classic track "Stop".

Alongside a video clip of the performance, Victoria's husband David wrote on Instagram, "Karaoke night with the one a only Posh Spice (sic)" The "Not Such an Innocent Girl" singer later reposted the clip to her own Instagram story and captioned it, "Only for you @davidbeckham."

Former bandmate Melanie C was quick to comment on the post and joked that she was pleased to see that Victoria, who since her days in pop music has launched a career in fashion design and declined to join the "Wannabe" hitmakers for a reunion tour back in 2019, was "getting a head start on rehearsals." 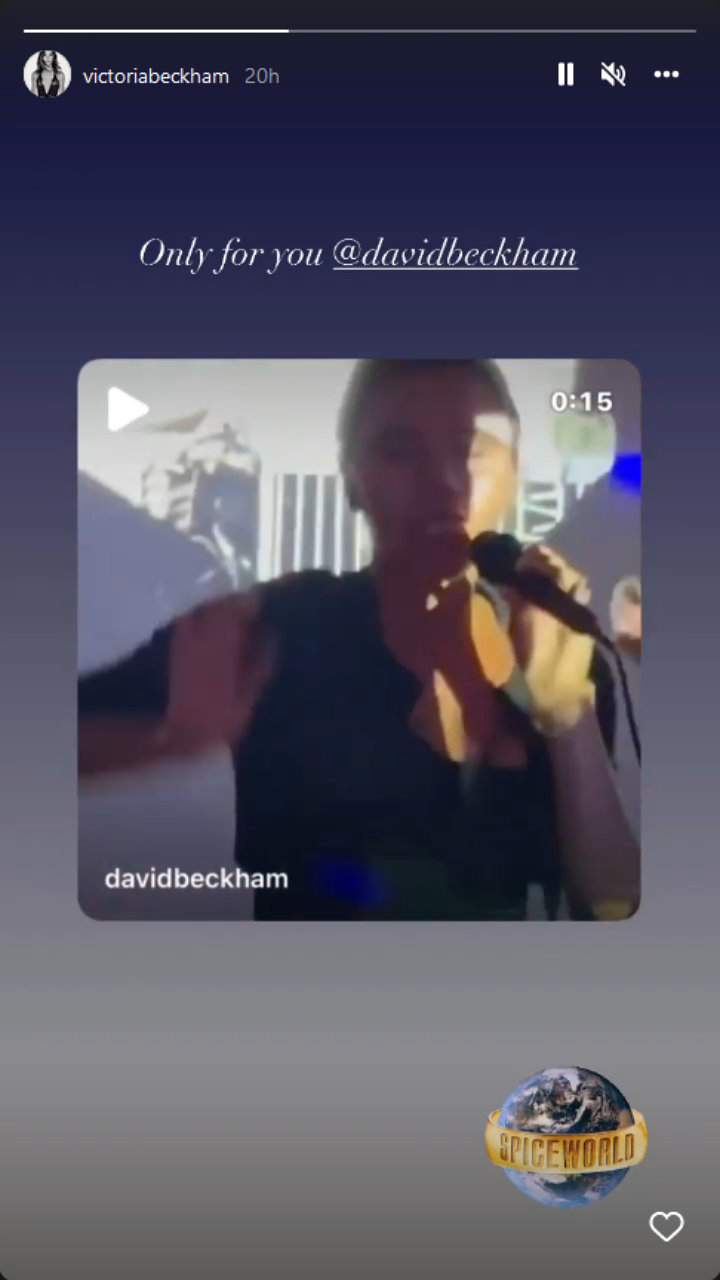 The post came just hours after Melanie admitted that she and Melanie Brown had been "manifesting" another reunion tour for the legendary pop group as they approach the 25th anniversary of their second album "Spiceworld" and the movie of the same name, and would "love nothing more" for Victoria to join them, who last performed with the girls on at the closing ceremony of the London Olympics in 2012.

Melanie told OK!, "You've got to manifest these things. I've taken a leaf out of Mel B's book - she always believed we were finally going to do it. She'd always say when we were on tour a couple of years ago, 'It'll happen, we just need to manifest it', so that's what I've been trying to do."

"If you believe in something hard enough, surely it's bound to happen eventually. I'd love to be back on that stage with the girls, it would be incredible," she added. "And we know it's what the fans desperately want. It's a no-brainer for me. You can count me in, but I think others might need a bit more convincing. There's nothing we'd love more than to get Victoria back."

Ringo Starr Calls Off Concert Due to Illness