Upon hearing Sutton's new label for Diana, Lisa claps back by bringing up a previous heated confrontation wherein the 'Melrose Place' alum called her 'RHOBH' co-star a 'motherf**ker.'

AceShowbiz - Lisa Rinna has taken a plunge into the drama between Sutton Stracke and Diana Jenkins. In the Wednesday, July 6 episode of "The Real Housewives of Beverly Hills", Lisa could be seen blasting Sutton for being a hypocrite after she mocked Diana's failure in notifying her about her absence at a luncheon hosted by the Sutton Concept owner.

The incident, as uncovered in the episode, began when the "Real Housewives" ladies got together for a backyard luncheon taking place at Sutton's new house. Upon noticing that Diana's seat was empty, Garcelle Beauvais asked, "Sutton, did you know that Diana wasn't coming?" In response, Sutton replied, "No, she didn't tell me," prompting her co-star to say, "It's rude not to tell the hostess that you're not coming to her party."

Sutton was then seen expressing her displeasure over Diana's "passive-aggressive" behavior to her's luncheon guests. Lisa, however, was quick to hit back by pointing out, "That's the pot calling the kettle black, isn't it?"

Known for her feud with Diana throughout the season, Sutton insisted that she was never a "passive-aggressive" person. Lisa argued, "You can't say you're not passive aggressive." She then brought up a past heated exchange that happened between Sutton and Diana, asking the former, "Did you call Diana a motherf***er? And soulless?"

"Real Housewives" fans, however, were kept in the dark over Sutton's reaction to Lisa's accusation since the July 6 episode ended there. They would have to find the answer when a new episode airs next Wednesday, July 13.

Before Sutton engaged in the war of words with Lisa, the TV personality clashed with Diana at Garcelle's party. Sutton was heard dubbing Diana a "motherf***er" and "soulless," whereas the latter mocked back by calling her "fake," "boring" and "frail." Still, the rift ceased when Sutton offered Diana an apology for insulting her.

The Sutton-Diana feud was sparked earlier in the season when Diana accused Sutton being unstable. "Her reaction is shocking, embarrassing," Diana said during a cast dinner after arguing with Sutton. She went on to reason, "To turn on somebody who is trying to help you, it's really not normal behavior. Not if you're a stable person."

'RHOBH': Lisa Rinna Calls Out Erika Jayne Over 'Out of Control' Drinking 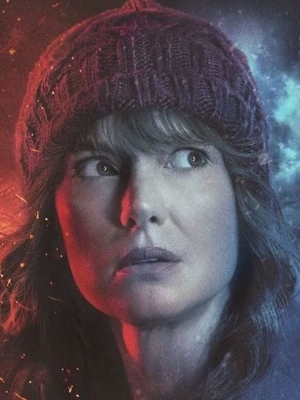