Nine months after giving birth to her second child with Offset, the 'WAP' hitmaker declares via an Instagram Story post that she does not like being a little heavier than usual.

AceShowbiz - Cardi B did not shy away from sharing her story about her post-baby body. Around nine months after giving birth to her second child with husband Offset, the "WAP" hitmaker declared her intention to get rid of the "extra little skin" by planning to get herself a tummy tuck as soon as possible.

On Wednesday, June 29, the 29-year-old raptress made use of her Instagram Story to explain why she wanted to get the cosmetic procedure. "This stomach, is giving tummy tuck. Like, it's not bad, but I just don't like this extra little skin," she said, before adding, "I am a little heavier than usual, but I don't like it. I want to get rid of it."

The mother of two also spilled that she would like to get rid of the "extra little skin" as soon as she's done with her next song. "I cannot wait to put out this song and do more things so I can get the f*** out and do my f***ing surgery. I'm over it," she pointed out in the clip. 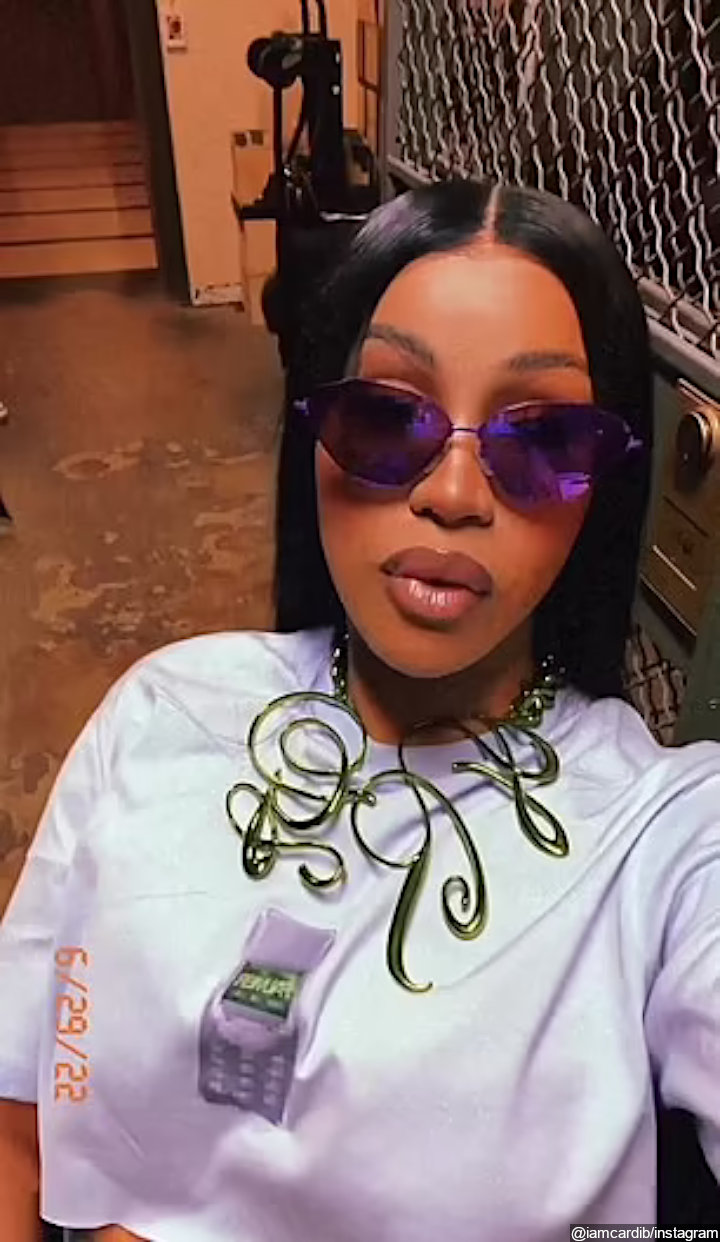 Cardi B shared her post-baby body story via her Instagram.

In the short video post, the "Bodak Yellow" rapper could be seen donning a white top and sporting a pair of purple glasses. She showed off her outfit for a bit before directing fans' attention to her stomach and pinching the extra skin there.

"I think Wavey like … did me wrong," the Grammy Award winner jokingly blamed her baby boy, Wave Set Cephus, who was born in September 2021. At the time of her son's arrival, she posted a photo on her Instagram account that saw her cradling their baby boy in a hospital bed, captioning it with "9/4/21" followed by a series of cute emoji.

Cardi, whose real name is Belcalis Almanzar, also shares 3-year-old daughter, named Kulture, with Offset. Days before revealing her tummy tuck plan, she roasted a troll who dared to call her daughter as "autistic."

"My daughter is not autistic…You can't call her ugly so y'all have to diagnose her wit her wit something. Go play in traffic b***h," Cardi hit back in a tweet after one internet user attacked her for refusing to weigh in on the Supreme Court's decision to overturn Roe v. Wade. In a follow-up tweet, she fumed, "WHY YALL BRING UP KIDS FOR? Wtf my kids gotta do wit yall misery?"

Cardi B Raps on Top of Skyscraper in Music Video for 'Hot S**t' ft. Lil Durk and Kanye West

Cardi B Feuding With Entertainment Site for Allegedly Shadow-Banning Her