Finneas Gushes Over the 'Tremendous Honor' to Headline Glastonbury

Alongside his sister Billie Eilish, the 24-year-old singer/songwriter is set to perform at the world-famous music festival on the iconic Pyramid Stage.

AceShowbiz - Finneas admits it is a "tremendous honour" to headline Glastonbury. As he is set to perform at the world-famous music festival alongside his sister Billie Eilish on the iconic Pyramid Stage on Friday night, June 24, the 24-year-old singer/songwriter believes there is "nothing like Glastonbury."

He said, "To headline Glastonbury, it's unbelievable. I feel like Glastonbury is everyone who has been lucky enough to go to music festivals, the world over, everyone says the same thing, which is there's nothing like Glastonbury. Everything wishes it was Glastonbury. So yeah, just a tremendous honor."

"Again, it's the company that you're in too. The fact that we're there with McCartney and Kendrick and everybody down the lineup too, I'm a huge fan of so many artists playing each day. It's so exciting," he added.

The "Nobody Like U" hitmaker, whose full name is Finneas O'Connell, is no stranger to the spectacle, which takes place at Worthy Farm, Somerset, south west England, having played Glastonbury alongside Billie in 2019, and Finneas recalls it was a "really exciting" experience.

He said, "We played something like 4pm or something, and I remember the flags and the heat. It was really exciting. We climbed up the tor beforehand."

Speaking about the U.K., he told the 'Matt Wilkinson's Glastonbury Special' on Apple Music 1, "We tried our best. We have this sense of being in London feels like family, because we played our first headliner here ever. But I think there's also this reverence for English music and English bands, English artists."

"The two things that are very English that were great honours for us are this in the Bond song where we feel very honoured that they're allowing us to be part of this super English thing," he continued. 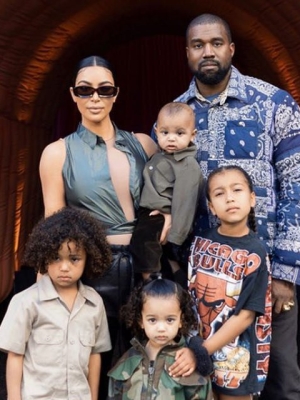