The star of 'The Real Housewives of Beverly Hills' finds herself stuck at home after suffering from a back injury that renders her immobilized for some time.

AceShowbiz - Kyle Richards has found herself immobilized after an accident caused her to suffer from a back injury. The injury caused the 53-year-old actress to be bedridden at home where she will spend her time for an unforeseeable future.

Kyle shared the news of her latest health issue with her fans via Instagram on Thursday, June 9. The American socialite stated that she hurt her back and the injury has rendered her immobile. "I hurt my back and cannot move," she wrote on her post.

Along with the post, Kyle shared a photo showing a tray of food on her lap as she was resting on her bed. Because of her back injury, the star of "Halloween Kills" cannot move around the house and is stuck on her bed, idly watching television in her home.

Kyle then lamented her current condition. "This is where I will be for the unforeseeable future," she bemoaned in her post. She, however, didn't share details of how she injured herself. 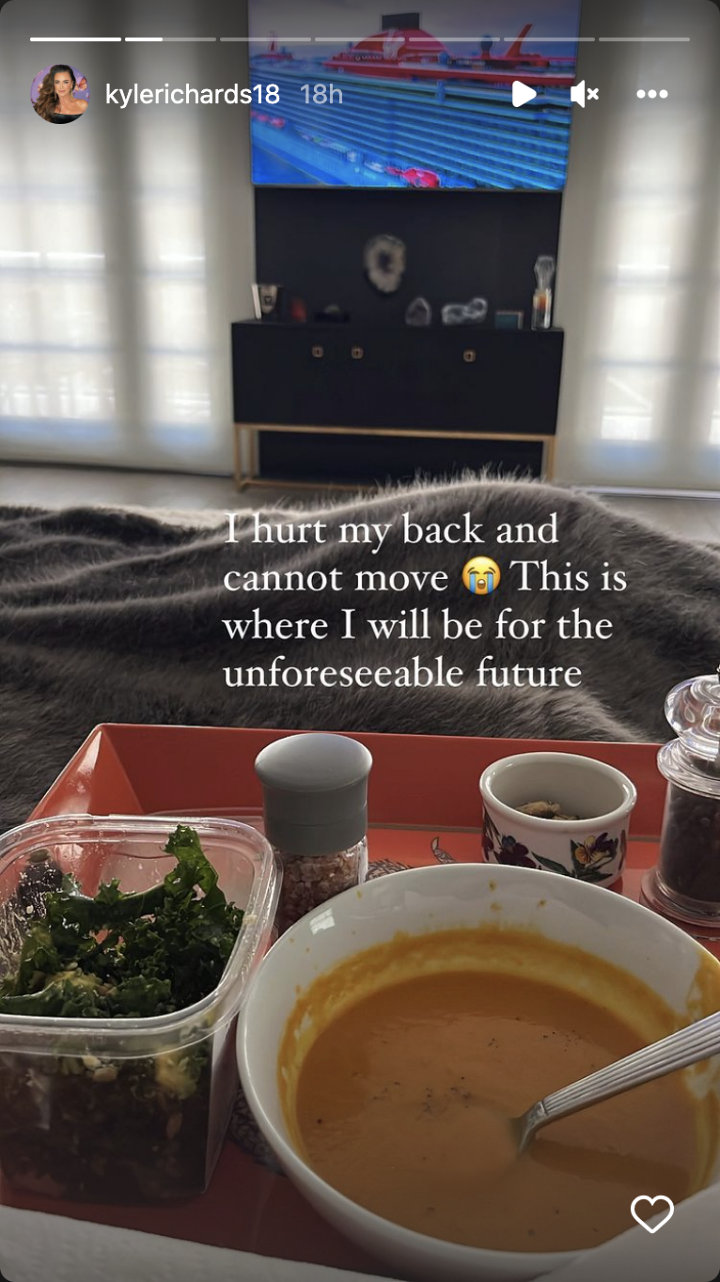 This wasn't the only occasion where Kyle was found suffering with injuries. Last July, "The Real Housewives of Beverly Hills" alum revealed she had been rushed to the hospital after accidentally walking into a hive of bees.

On her Instagram account, Kyle shared a series of picture displaying herself with an oxygen mask laying on a hospital bed. "So this happened yesterday… I walked into a hive of bees and was stung multiple times," the actress told her followers, noting that she's allergic and terrified of bees.

Aside from the photos, Kyle shared short footage of the incident showing her fleeing across her lawn as she was chased after by a swarm of bees with her two dogs following closely behind. "I can laugh at this now," she wrote on the caption of her video. "But what you can't see is that they were in my hair and were literally chasing me," she added at the end.

David Koechner Busted for DUI in Ohio, His Second Arrest in Six Months