While confirming the end of their romantic relationship, the 'Curse of Frank Sinatra' actor makes use of his Instagram account to shut down the allegations that he cheats on the 'Happier Than Ever' hitmaker.

AceShowbiz - Billie Eilish and Matthew Tyler Vorce have officially called it quits. On Tuesday, May 31, Vorce took to Instagram to confirm that he and the "Happier Than Ever" hitmaker broke up in addition to addressing rumors that he cheated on her.

"The fact that thousands of people take time out of their day to write the most heinous things on someone they will never know posts is the most cowardly thing you can possibly do," the actor wrote over a poster of A24's movie "Men". "Live your own life." 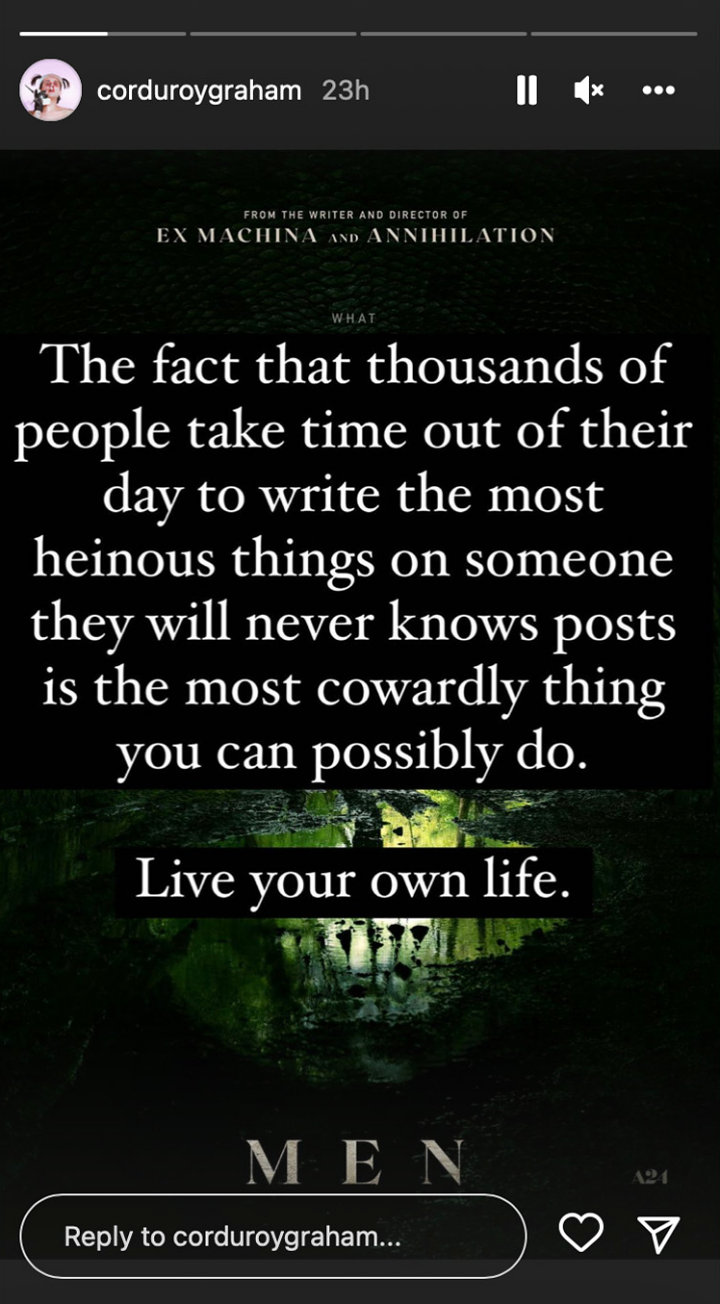 The 30-year-old actor later directly addressed the cheating rumors. "Nobody cheated on anyone," so Vorce posted on his Instagram Story. "Relationships end. Simple as that. Creating rumors and LYING on the internet is dangerous." 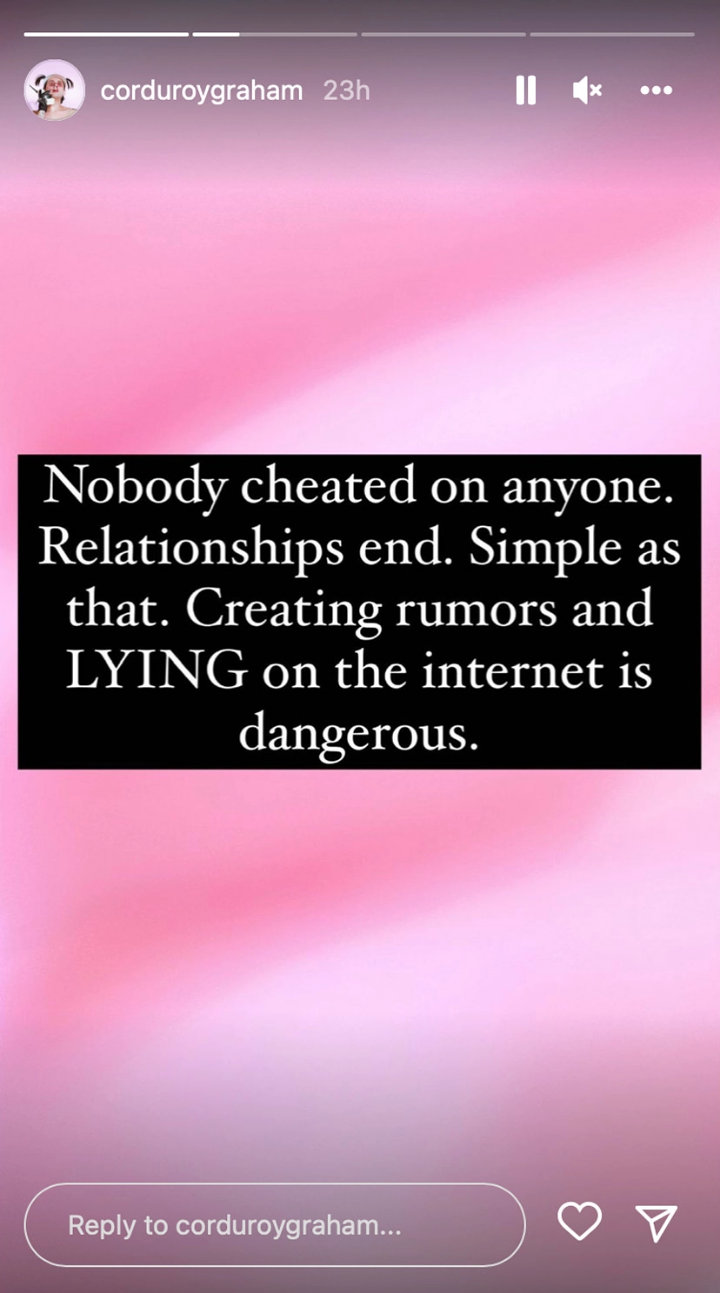 Eilish and Vorce first sparked dating rumors in April 2021. At the time, the pair were seen having a coffee date during the "Bad Guy" singer's staycation in Santa Barbara, California. In a picture that circulated online, the Grammy was featured being wrapped in his arms with her head on his shoulder.

Even though the couple kept their relationship private, the two made headlines back in June when Eilish's fans called out Vorce for allegedly using offensive language in past social media posts. In response to the backlash, he later issued an apology, writing on Instagram Story, "I want to apologize for the things that I wrote on social media in the past."

"The language I used was hurtful and irresponsible and I understand how offensive those words are. Whether it was a lyric, a quote, or just me being dumb, it does not matter. I am ashamed and deeply sorry that I used them in any context," he added. "It is not how I was raised and it is not what I stand for. I shouldn't have used this language in the first place and I won't use it again. I am so sorry for the hurt I have caused."