When trying to get into the annual film festival party he was booked to DJ, the music producer is caught on camera getting rejected because the security does not recognize him.

AceShowbiz - Diplo has found himself in a confusing situation. Booked as a DJ for a 2022 Cannes Film Festival party, the "Where Are U Now" music producer got denied entry for the yacht bash because of security failure.

On Monday, May 30, the DJ took to his Instagram account to share a clip of the moment when he was not allowed to go inside the party. "I was booked to DJ a yacht party in Cannes but security wouldn't let me in," the text in the clip read, "The yacht was empty so I was about to take the L and go get food…."

Soon after, a woman from inside the party could be seen explaining to the security that Diplo was the DJ for the party. Sadly, the guard was still not convinced and refused to let him in. He was eventually let in by the owner of the party. "Luckily the owner was walking by and let me in…" he added in the clip.

To accompany the clip, the 43-year-old music producer, whose real name is Thomas Wesley Pentz, wrote a playful caption that read, "Next time I'm adding myself to guest list."

Diplo's video post quickly garnered a lot of reactions from those who relate to his situation. One user, who seemed to have attended the same party as the DJ, commented, "That boat did the same with me." A second user remarked, "Story of my life." A third joked by writing, "Could have just said you were J Balvin." 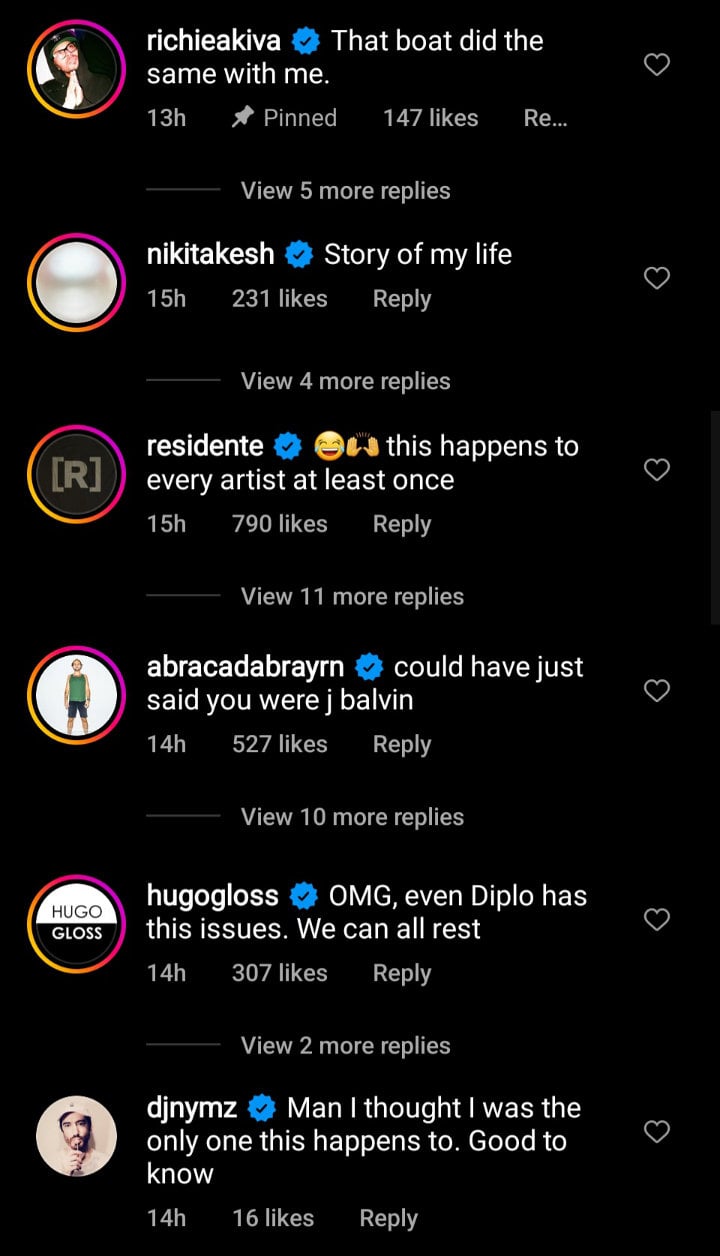 Those who relate to Diplo left a bunch of comments on his post.

A fourth declared, "This happens to every artist at least once." Meanwhile, a fifth added, "OMG, even Diplo has this issues. We can all rest." Another one expressed relief by noting, "Man I thought I was the only one this happens to. Good to know." In addition, a lot of others simply responded to the story with a bunch of laughing out loud emojis.