The 'Keeping Up with the Kardashians' alum also shares a collage of her boyfriend's images from his 'Weekend Update' appearances throughout the last eight seasons.

On Sunday, May 22, the SKIMS founder shared a collage of Pete's photos on Instagram Story. The picture saw Pete from his "Weekend Update" appearances throughout the last eight years, including one showing him sporting a red hat that had been edited to read, "Goodbye SNL."

"Consider me your personal, little life cheerleader because you deserve to have one. Woo!" said the animated ghost. The video ended with the ghost saying, "Gawd, you're so cool. Okay. Keep doing you. I love you so much. Bye!" 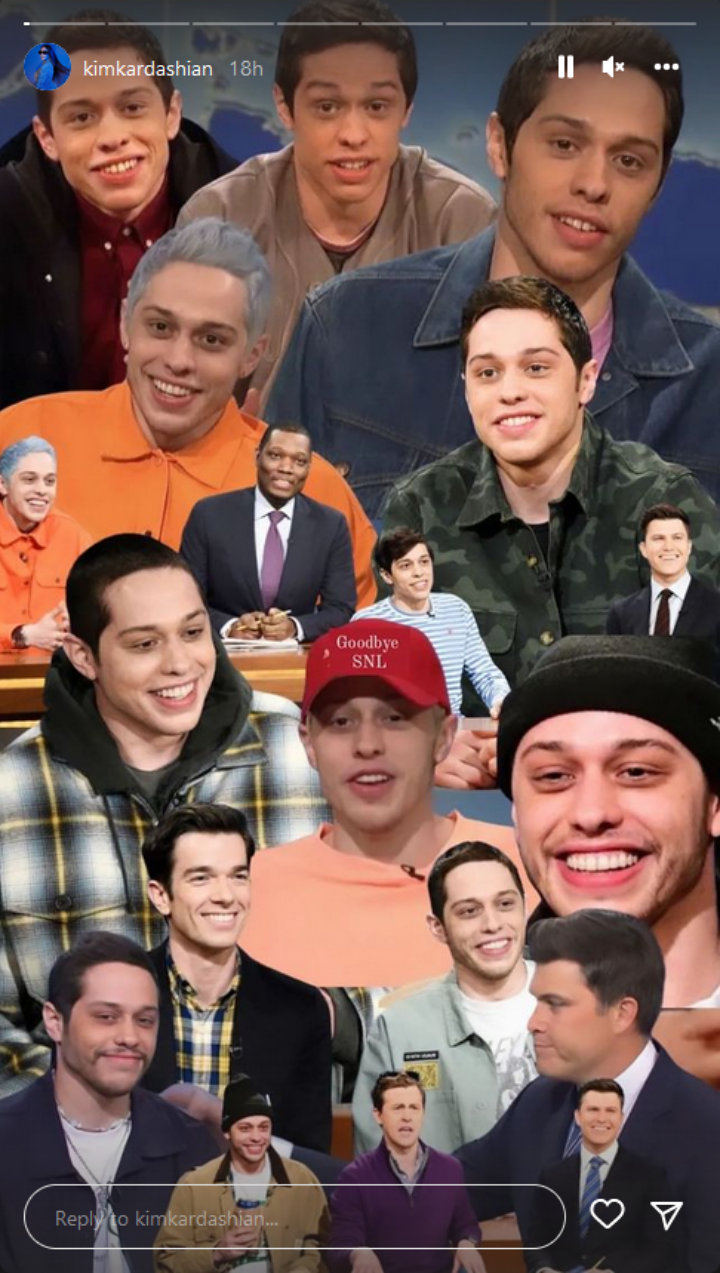 As for Pete, he took an emotional walk down memory lane during his final episode of "SNL". During his "Weekend Update" segment on Saturday, May 21, he reflected upon his 8-year journey on the show. He also referenced Kanye West and Ariana Grande in his final appearance.

"Hello, [Colin Jost], [Michael Che], and millions of people only watching to see if I bring up Kanye," he opened the segment. He continued recalling, "I'll never forget this, I called [Lorne Michaels] when I got engaged and said, 'Lorne, I just got engaged to Ariana Grande after dating for two weeks.' And he said, 'Oh! Hold on for dear life!' "

When asked by Colin if he was really leaving the show, Pete confirmed the news with a Harry Potter joke, saying, "Yeah man, Lorne accidentally gifted me a sock so I'm free." In a poignant moment at the end of the sketch, Pete thanked the show for "always having [his] back" and "allowing [him] to work on [himself] and grow" over the last eight seasons.

"Thank you to Lorne for never giving up on me or judging me even when everyone else was," Pete remarked. "And for believing me and allowing me to have a place I could call home with the memories that will last a lifetime."