After linking up at the Sunday, May 15 prize-giving event, the 'Choppa Choppa Down' rapper and the Latina superstar continue hanging out together for a late-night dinner.

AceShowbiz - French Montana and Anitta were surprisingly linking up at the 2022 Billboard Music Awards. The two looked close during their interaction at the Sunday, May 15 event as captured in a video shared by the rapper himself.

Taking to his Instagram Story, the Moroccan-born artist posted a clip that he took at the MGM Grand Garden Arena. He panned the camera to show the Latina superstar who was sitting behind him. Seemingly getting the signal, she quickly turned her head to the camera and leaned forward to nuzzle his face. It was unclear what the 29-year-old beauty was trying to address, but she appeared to be saying about "not staying" anymore.

Seeing how French might be flirting with Anitta, some people quickly reacted to the video. Some fans of the "Envolver" hitmaker were against any possible romantic relationship between the two, with one saying, "Ummm no." Another similarly wrote, "ANITTA? I hope TF NOT." Another, however, noted, "Pretty sure they just friends."

French and Anitta's interaction didn't stop there as they followed it up with a late-night dinner at celebrity hot spot TAO in Las Vegas. In another clip shared on his Story, the 37-year-old hip-hop star and the Brazilian star goofed around as they appeared to be using a fliter that made them look sad.

Someone who was behind camera was heard asking French, "How do you feel about having dinner with Anitta?" He let out chuckles and put his arm around her shoulder before she said, "I don't think he likes the experience though." 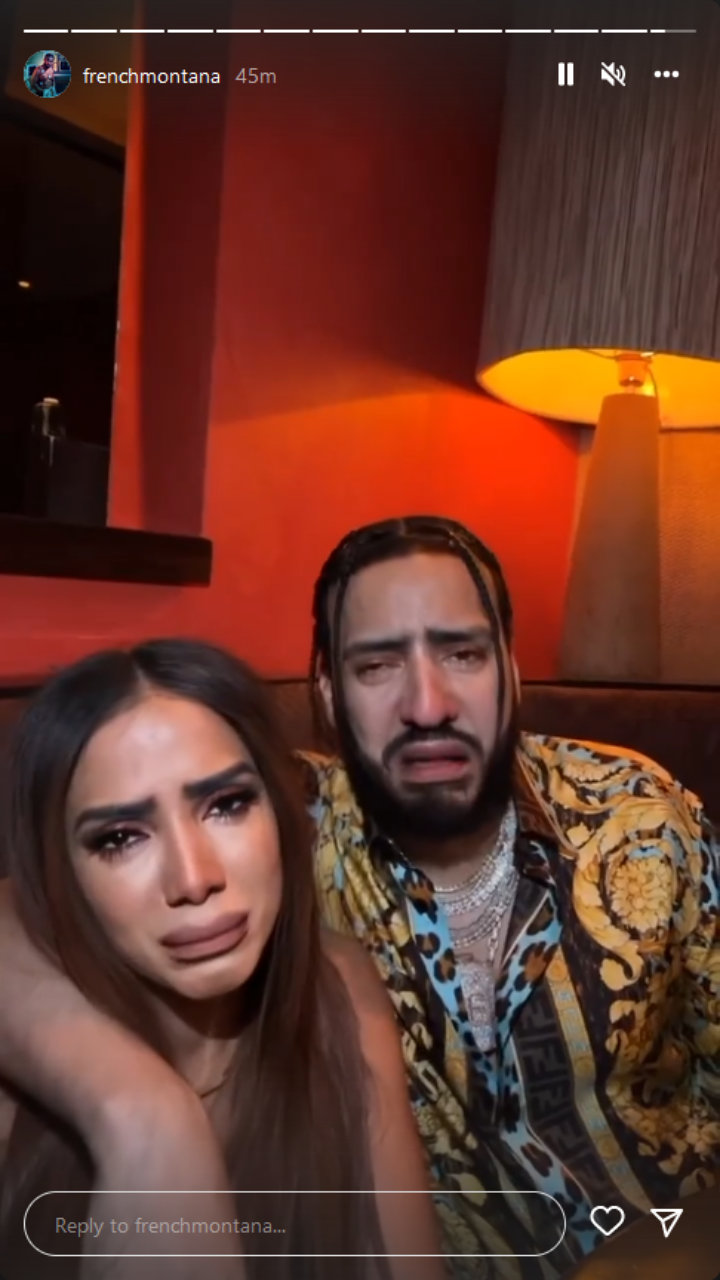 French Montana and Anitta hung out together after the 2022 Billboard Music Awards.

It remains to be seen if something romantic is going on between the two or they simply hung out for business matters.