Commenting on the defamation trial, the daughter of Alec Baldwin drags the 'Aquaman' star in an Instagram Story and calls her an 'absolute disaster of a human being.'

AceShowbiz - Ireland Baldwin has weighed in on the Johnny Depp vs. Amber Heard trial and she doesn't mince her words. Taking the "Pirates of the Caribbean" actor's side in his defamation lawsuit against his ex-wife, the 26-year-old model called out the "Justice League" star.

Ireland took to her Instagram Story to share her two cents on the highly-publicized trial. She shared a screenshot of a tweet about Johnny's reaction to an audio tape in which Amber admitted to hitting the actor.

"The thing is, I know women who are exactly like this," Ireland wrote over the screenshot. "They are manipulative and cold and they use their very womanhood to play victim and turn the world against the man because we live in a society where it's cool to say men are all the worst and blah blah f***ity blah."

The daughter of Alec Baldwin continued, "Men can experience abuse too and this absolute disaster of a human being Amber Heard is a terrible person and I hope Johnny gets his reputation and his life back." Showing her support for Johnny, she added, "And I hope he's in like 5 Pirates movies." 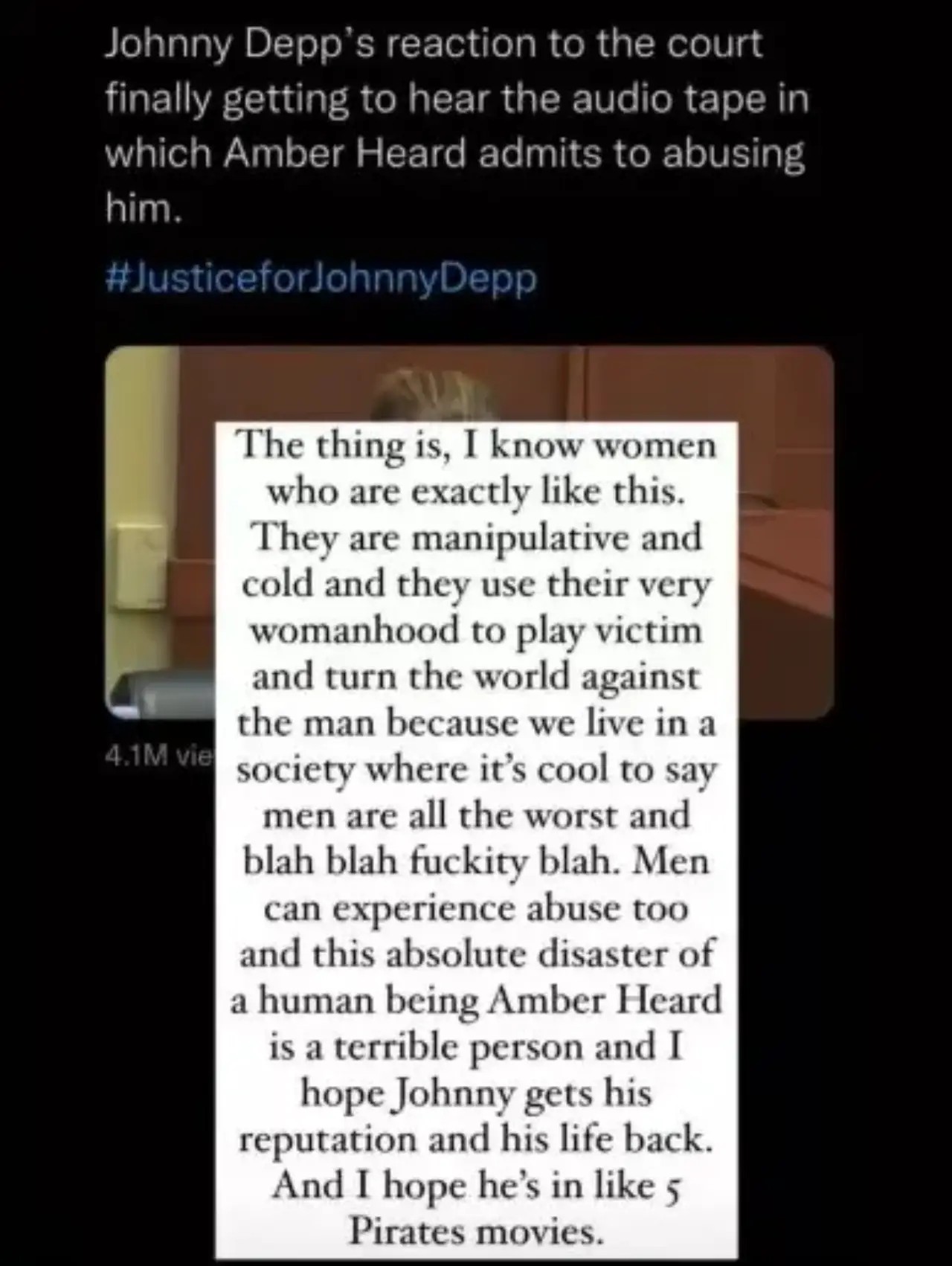 Johnny and Amber have been meeting in a Virginia court for the defamation lawsuit he filed against the actress in 2019. The "Edward Scissorhands" star has taken the stand and claimed that he never struck Amber or any woman in his life.

He also detailed her alleged drug use, saying that he had seen her taking MDMA, mushrooms and "high velocity" speed throughout their relationship. He claimed the actress and her "gang" of friends even drank drugs from a "communal bag of MDMA" at their wedding reception, and that there was a schedule for the day's events that read, "Dinner, dancing, and drugs."

Amber's lawyer, meanwhile, has presented evidence of Johnny's drug use, including a photo of the actor "passed out" on a couch in Boston with ice cream spilled on his pants, another showing a table full of a glass of whiskey, lines of cocaine, other drug paraphernalia and a Keith Richards CD, as well as a third image showing huge bags of marijuana, which were reportedly taken in a recording studio.

Depp admitted the last photo was snapped at a time when he had "fallen off the wagon." He also admitted to doing cocaine with Marilyn Manson. "We've had cocaine together maybe a couple of times," he said of his rocker friend.