The Loki depicter in the Marvel Cinematic Universe and his girlfriend have reportedly taken their relationship to the next level as the 'Velvet Buzzsaw' actress is seen wearing a sparkling band on that finger.

AceShowbiz - Tom Hiddleston and Zawe Ashton are seemingly getting closer to walking down the aisle together. The "Loki" star and his girlfriend have reportedly been engaged as a massive diamond ring could be seen on her finger.

On Wednesday, March 16, The Mirror confirmed the news. The outlet went on to claim that the soon-to-be-married couple was congratulated by their friends at the 2022 BAFTA Awards on Sunday night.

It's reported that Zawe, clad in a long flowing pink dress, tried to hide her stunning diamond ring from photographers on the red carpet. Indeed, "The Marvels" actress was seen concealing her left hand with a black handbag in photos taken by photographers.

However, in a selfie photo shared by host AJ Odudu following the star-studded event, Zawe could be seen flaunting her sparkling band on her left ring finger as she held AJ's arm. Also featured in the picture was Tom, who looked beaming while posing with his soon-to-be bride as well as the English TV presenter. 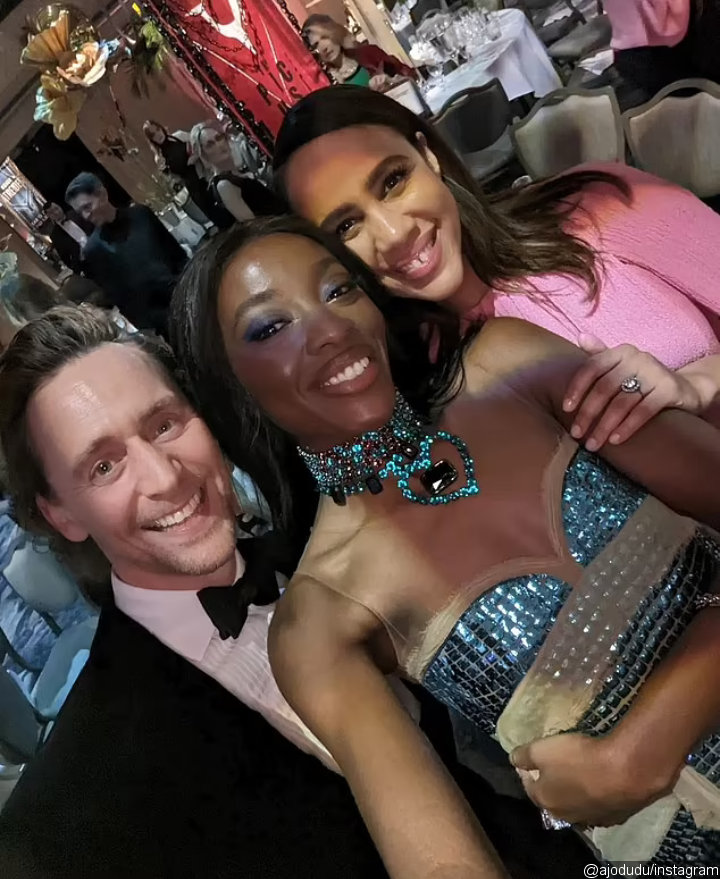 Zawe Ashton was spotted wearing diamond ring on that finger in a photo shared by AJ Odudu via her Instagram Story.

Prior to that, Zawe jokingly revealed that she had no intention of working with Tom for the foreseeable future. "I've been working with Tom on stage for a year solid, every night, so now we need at least two years apart now!" the "Velvet Buzzsaw" actress told The Mirror.

News of Tom and Zawe's relationship first broke in 2019, when it was reported that they had been dating since February of that year. The pair were spotted out and about in New York City, as they co-starred in the Broadway revival of Harold Pinter's 1978 play "Betrayal".

The two have kept their relationship out of the spotlight ever since. The "Thor: Ragnarok" actor previously talked about the matter with The Telegraph. "Everyone is entitled to a private life," he shared.

"I love what I do and I dedicate myself with absolute commitment to making great art and great entertainment, and in my mind I don't conflict the two," Tom explained further. The 41-year-old actor added, "My work is in the public sphere and I have a private life. And those two things are separate."

Tom Hiddleston 'Very Happy' After Being Engaged to Zawe Ashton

Tom Hiddleston Supports Bisexual Loki: MCU 'Has to Reflect the World We Live In'