The 'Get Out' star's friends are reportedly concerned as he has fired his agents and publicists after he met Vanylla Salimah Mahmoud, who goes by Heir Holiness on social media, in 2018.

AceShowbiz - Daniel Kaluuya's questionable female companion has set her Instagram account private amid reports about her alleged bad influence in his life. Vanylla Salimah Mahmoud, who goes by Heir Holiness on social media, doesn't let everybody peek into her personal life after his friends and family are reportedly worried about his relationship with her.

On Monday, March 7, Heir, who has less than 1,000 followers, briefly deleted her Instagram account as RadarOnline reported that her account suspiciously vanished. However, it seemed that she had a change of heart as her page has quickly returned, though it's now accessible only to her followers. 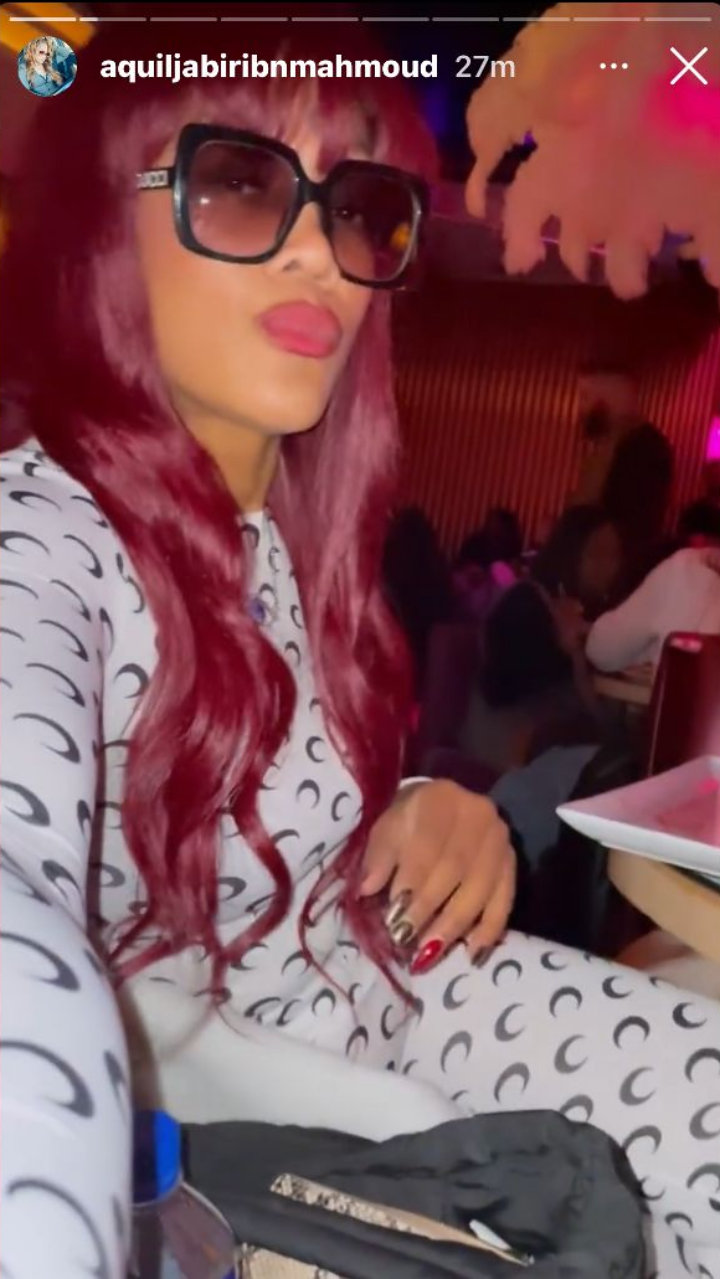 In the said article, the news outlet claimed that friends of the Hollywood star are concerned after he has fired his agents and longtime publicist at Shelter PR in favor of Heir. He has also axed his stylist and multiple assistants, but has kept his longtime manager at Management360 and his reps in London.

"There are many actors and artists in Hollywood who work with spiritual advisors and use them for guidance and support," a baffled movie insider noted. "But … him leaving his agency and his publicists, that's the unusual thing. It's kind of weird."

Daniel reportedly first met Heir on the set of the 2018 movie "Black Panther". According to a source, "Apparently, he was introduced to Heir Holiness through a makeup artist, who is some sort of crystals guru."

The source revealed that Daniel and Heir were so close during the publicity run of "Judas and the Black Messiah" that he would fly her to Los Angeles from Las Vegas every week for spiritual healing, mental exercises and a diet of herbal supplements to lose weight.

Heir was allegedly also by the actor's side during the production of Jordan Peele's new movie "Nope", which was filmed in California last summer, during which she reportedly caused some troubles. "Holiness' behavior during the filming of Jordan Peele's 'Nope', in which Kaluuya stars, caused people on set to be concerned about her influence over the British actor," Matt Belloni of Puck News reported last month.

"People on the 'Nope' set were very concerned that Heir had 'taken over' DK's life and all decisions had to go through her," an industry insider chimed in. "I've heard there were multiple blow-ups and the production people were afraid of her."

A Hollywood source additionally told the site, "Was everyone a fan of Heir on set? No." Meanwhile, another questioned Heir's role, "To be honest, we can't quite figure out who she is…we really have no clue as his team has shifted camps."