The hip-hop mogul takes his eldest child to the Anaheim theme park with the Coldplay frontman, his two kids Apple and Moses, his girlfriend Dakota Fanning as well as actor Simon Pegg.

AceShowbiz - Jay-Z is already introducing his celebrity circle to his daughter Blue Ivy Carter. On Thursday, March 3, the 9-year-old girl was seen hanging out with Chris Martin and his teen kids at Disneyland in Anaheim, California.

The father-daughter duo were seen being joined by the Coldplay frontman, his two kids Apple and Moses, his girlfriend Dakota Fanning as well as actor Simon Pegg during the outing. Meanwhile, Blue's famous mom Beyonce Knowles and twin siblings Rumi and Sir were not seen anywhere with the group.

In pictures from their star-studded trip, Jay-Z appeared to try to go incognito with a black neck-scarf style facemask, sunglasses and a baseball hat. He also donned a printed graphic T-shirt, black pants and white sneakers.

As for Blue, she wore an oversized tie-dye graphic tee, hoop earrings and a lime green face mask. The eldest daughter of Jay-Z and Beyonce accessorized with plush Minnie Mouse ears on top of her natural curls. 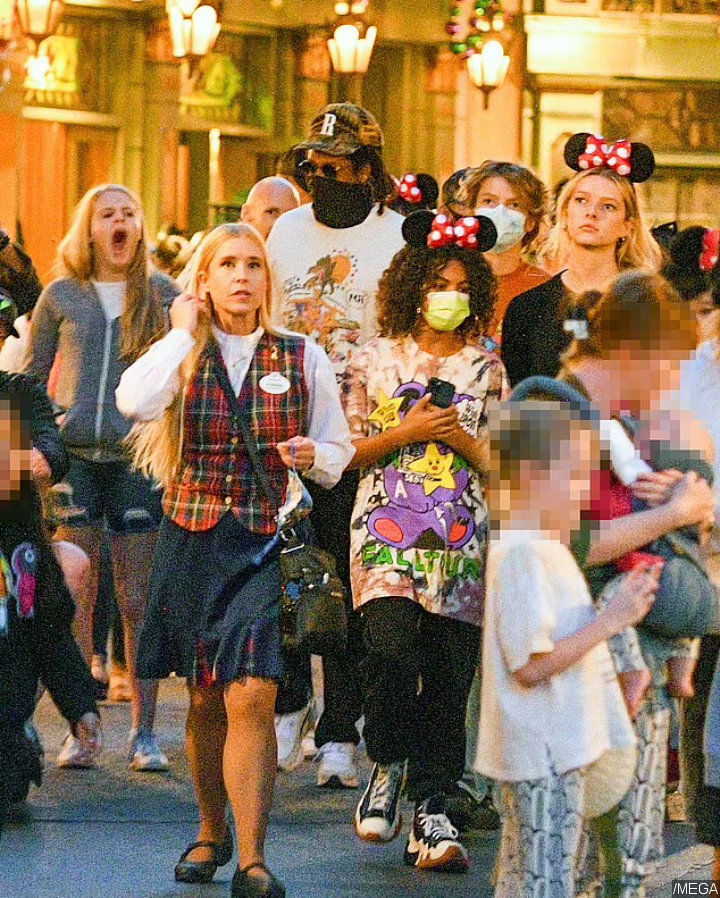 Apple matched Blue's look with an identical pair of Minnie ears of her own. She opted for a chic look in fit jeans, sneakers and a black V-neck sweater with a pair of sunglasses hung around the neck. Her long blonde hair was styled into a loose braid while she was seen enjoying a caramel apple.

Chris, meanwhile, donned a white T-shirt with black jeans, a black baseball cap and sneakers with a white face mask on. He carried a Disney Park shopping bag while his daughter Apple and girlfriend Dakota occasionally clung to his arms.

Dakota matched her longtime boyfriend's style in a white tee and blue jeans with a black belt. She teamed the outfit with white sneakers while her long brunette hair was let loose. 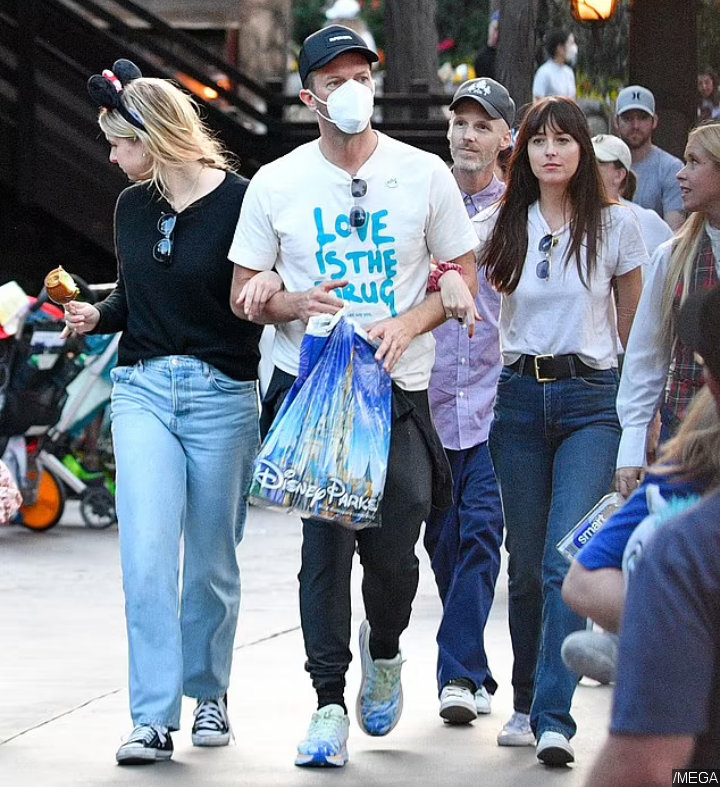 Chris' daughter Apple and girlfriend Dakota Fanning clung to his arms while touring the park.

As for Moses, he donned an orange sweater and blue jeans with a face mask pulled down to his neck. Simon, who joined the group of VIPs, also opted for a casual look in a buttoned-up shirt and a black baseball cap. The British actor is a close friend of the singer and is Apple's godfather.

The group was escorted around the park by a personal Disney guide. They reportedly enjoyed various rides and some snacks during a break.