The Connecticut beauty also shares a video of herself dancing to Beyonce's 'Sorry', which is presumed to be about Jay-Z's alleged infidelity, after she 'suspected' the 'Sand in My Boots' singer 'was cheating on her.'

AceShowbiz - Paige Lorenze seemingly has something to say to her ex Morgan Wallen. Shortly after the news broke that the couple called it quits due to his alleged infidelities, the Connecticut beauty shared a cryptic post about karma on social media.

Taking to her Instagram Story on Monday, February 28, the 24-year-old social media influencer let out a quote that read, "One of the most underrated ingredients for having a good life is a clear conscious." The wise words continued, "To know you aren't out here doing people wrong and hiding who you are lets you sleep peaceful at night. Karma is real, energy is contagious." 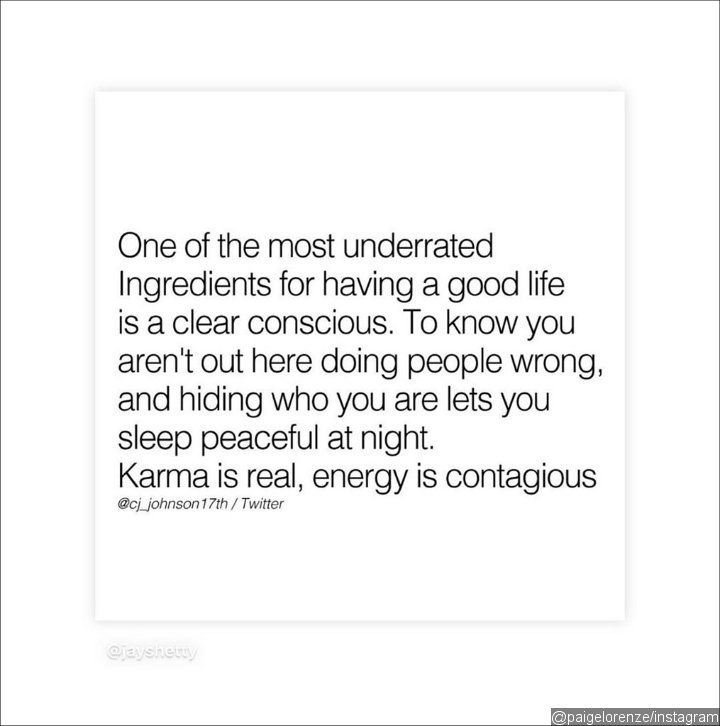 Aside from uploading the cryptic quote, Paige shared a video of herself dancing to Beyonce Knowles' "Sorry", which was presumed to be about Jay-Z's alleged infidelity, in a form-fitting dress that showcased her fit physique. In the background, Bey could be heard singing, "Looking at my watch you should've been home/ Today I regret the night I put that ring on/ He always got them f**king excuses."

The news of their split came just a few weeks after they made their romance Instagram official. "She suspected he was cheating on her with multiple people," a source told Page Six. "After they went public, Paige started getting all these messages on Instagram from girls saying, 'I was with him. We slept together.' "

The source went on to claim that Paige's Instagram DMs "snowballed, and it got to a point where it was just too much" for her. Adding more details, the informant shared that Paige "is heartbroken."

A second informant, on the other hand, confirmed that Morgan "is indeed single and focused on being a dad" to his 1-year-old son Indigo. The season 6 contestant of "The Voice" shares the toddler with his former fiancee, Katie Smith.

Morgan and Paige dated "for almost a year." However, reports about them dating began circulating online in January after they celebrated Paige's 24th birthday together. At that time, the "Sand in My Boots" crooner shared a photo of the two along with their friends at dinner.

Earlier this month, Paige made their relationship Instagram official after Morgan finished his show in New York City. In a note accompanying a photo of the two sharing a hug backstage, she gushed, "I love you! and am so proud of you. @morganwallen."