One year after her husband Nick Cordero died from COVID-19, the new co-host of 'The Talk' has 'great chats and laughs' with the season 17 contestant of ABC's dating reality series.

AceShowbiz - Amanda Kloots is meeting someone new. The season 30 finalist of "Dancing With The Stars" has sent fans into a frenzy after she and Michael Allio sparked dating rumors as they enjoyed dinner together.

On Monday, December 27, the new co-host of "The Talk" took to her Instagram page to share a photo of herself with her arm around Michael. Meanwhile, the season 17 contestant of "The Bachelorette" could be seen holding her hand.

In the image, the table was filled with plates of various foods. "Finally met this guy in person after being Instagram friends for a year!! Lots of fried food, drinks, great chats and laughs!" Amanda captioned her post.

Not stopping there, she also posted a selfie that saw her and Michael holding their glass on her Instagram Story. Over the image, Nick Cordero's widow wrote, "Guess who I'm out on the town with?!" In response, the ABC reality star reposted the picture with his own caption on Instagram Story. "Just two kids from Akron," he penned, adding a red heart emoji. 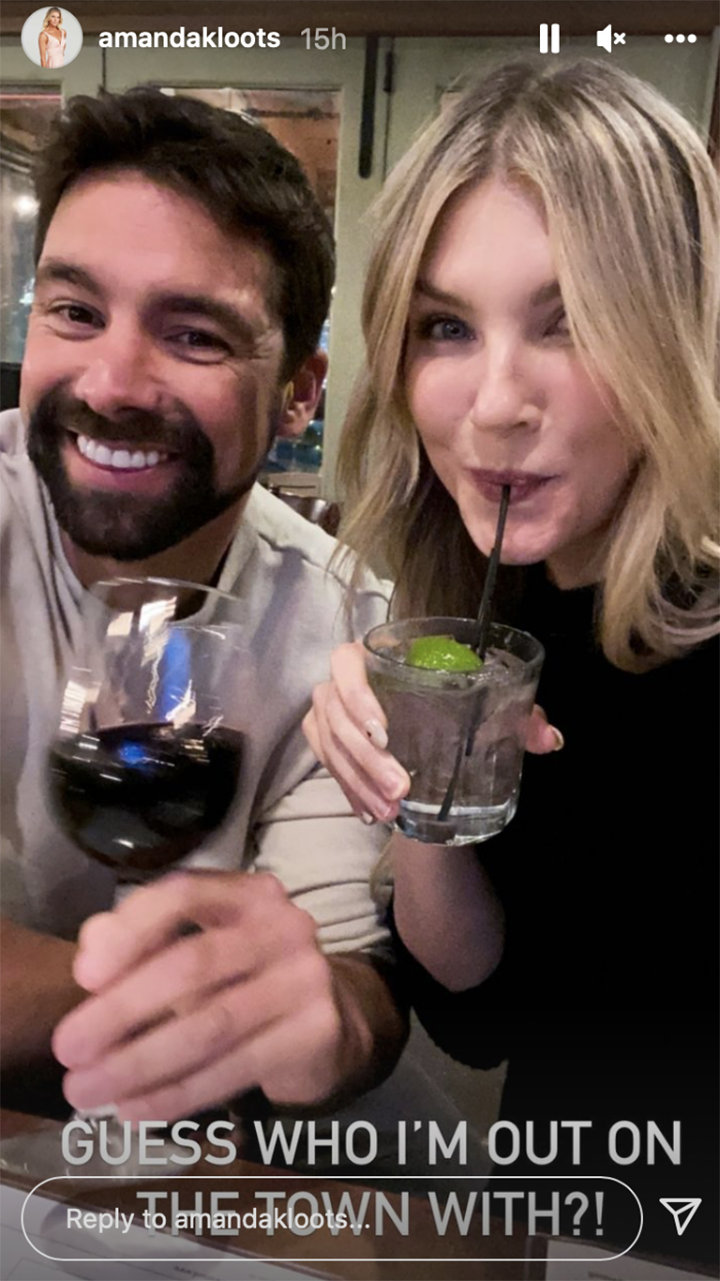 Amanda Kloots posted a selfie with Michael Allio after having 'great chats and laughs.'

Amanda's dinner with Michael came a year after her husband Nick passed away following a months-long battle with complications caused by COVID-19. Back in July, the fitness guru told her "The Talk" co-hosts that she started seeing someone new.

"Both of my husbands, I met doing Broadway shows. We became friends first, then we got married. Obviously with Nick, we had a child," she said on July 23. "I've never actually had to date. I just started dating again and it is so crazy to be dating for the first time at 39 years old. And it's quite terrifying and really out of your element, and it's just hard. It is hard."

Though so, Amanda stressed that she will miss Nick "everyday." She pointed out, "Even if I found amazing love again and I am beyond happy, I think everyday I will miss Nick." She then confessed, "To be honest, me taking the wedding ring off before the date makes me feel like I'm cheating on my husband in a weird way, which doesn't make any sense because I'm totally not."