Congratulations are in order for Julian Morris and his longtime boyfriend Landon Ross as they reveal they have tied the knot while celebrating 18th anniversary.

AceShowbiz - Surprise! "Pretty Little Liars" actor Julian Morris is a married man. The 38-year-old star has swapped wedding vows with his longtime beau Landon Ross. The happy news was shared on social media as they celebrated their 18th anniversary.

A friend, who officiated the ceremony, let it slip on Instagram, sharing a series of photos from their nuptials while congratulating the couple on their anniversary, "A personal note: Happy anniversary to two of my favorite humans. 18 years is an inspiration. And I got to marry them!"

Landon responded, "I love you @jessicayellin. We're married, too." Meanwhile, Julian thanked his devotees for their outpouring positive messages, "Really moved by all the love and support. Thanks guys [love emoji]." 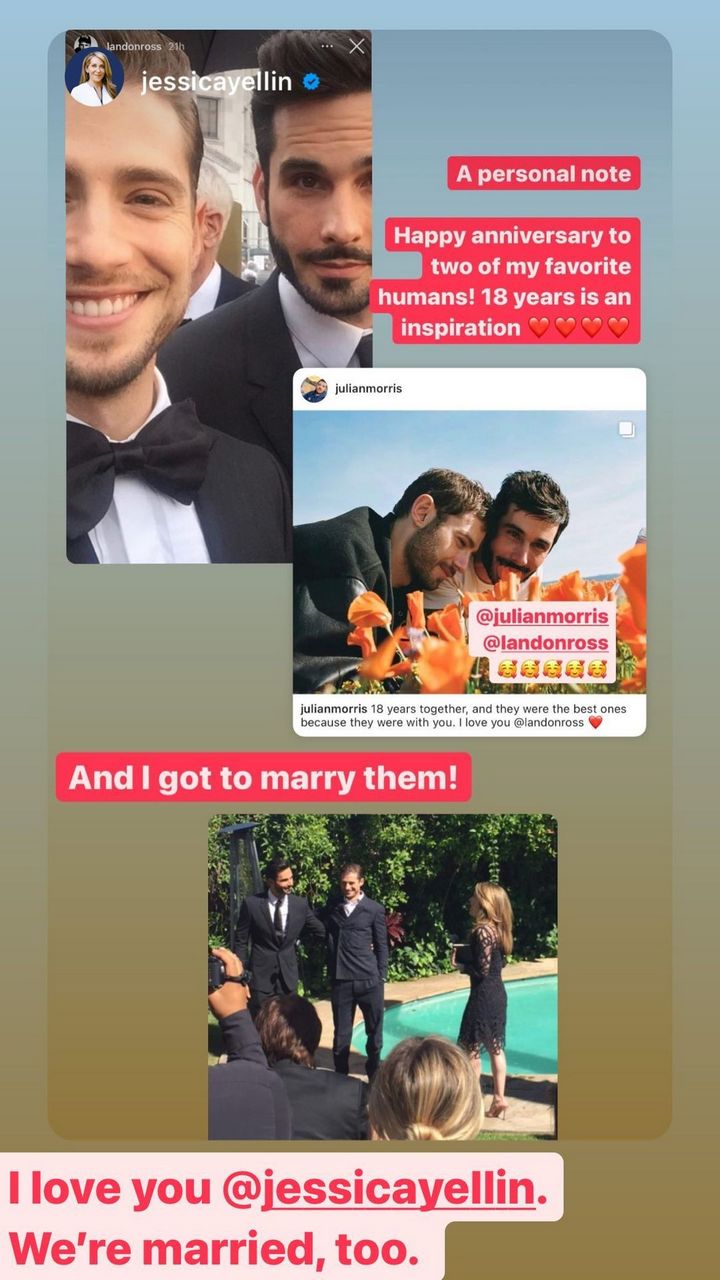 The lovebirds additionally gushed over each other to mark their anniversary while posting a collection of their sweet pictures together. Julian penned, "18 years together, and they were the best ones because they were with you. I love you @landonross." Landon wrote a similar message, "Beginning our 19th year is the best thing in life. I love you."

Zelda Williams, Robin Williams's daughter, was among the stars cheering on their milestone. "To put this accomplishment into perspective, if I found love tomorrow, I'd be 50 by the time I celebrated that milestone [crying laughing emoji]," she commented on Landon's post. "Love you guys and your love so damn much!"

Zelda also left a comment on Julian's page, "Here's to 18 more years of being by your side and absolutely in awe of your enduring love/combined hotness." Lucy Hale sent love to the couple as well, "The hotness though. Congrats you two." Singer JoJo wrote, "Congratulations you beauts."