Six months after her 8-month-old daughter, Azaylia Cain, lost her battle with cancer, 'The Challenge' star's partner reveals that behind her smile 'there is pain, heartache and anxiety.'

AceShowbiz - Ashley Cain's girlfriend Safiyya Vorajee has opened up more about her mental health following her 8-month-old daughter's death. Taking to her social media account, "The Challenge" star's partner revealed that she has been battling with depression after her baby girl Azaylia Cain lost her battle with cancer.

On Wednesday, October 27, the 33-year-old took to her Instagram Story to share a clip of her having her feet done while sitting in a massage chair. "It was really easy for me over the last few days to have just eat rubbish and just comfort ate like I've been doing for so long," she said.

"However I'm choosing not to do that now, I am going to the gym to shake this anxiety off after I've been shaken by this chair," Safiyya added. Over the video, she wrote, "I really couldn't be bothered but so glad I have now. I've felt seriously depressed the past 2 days." 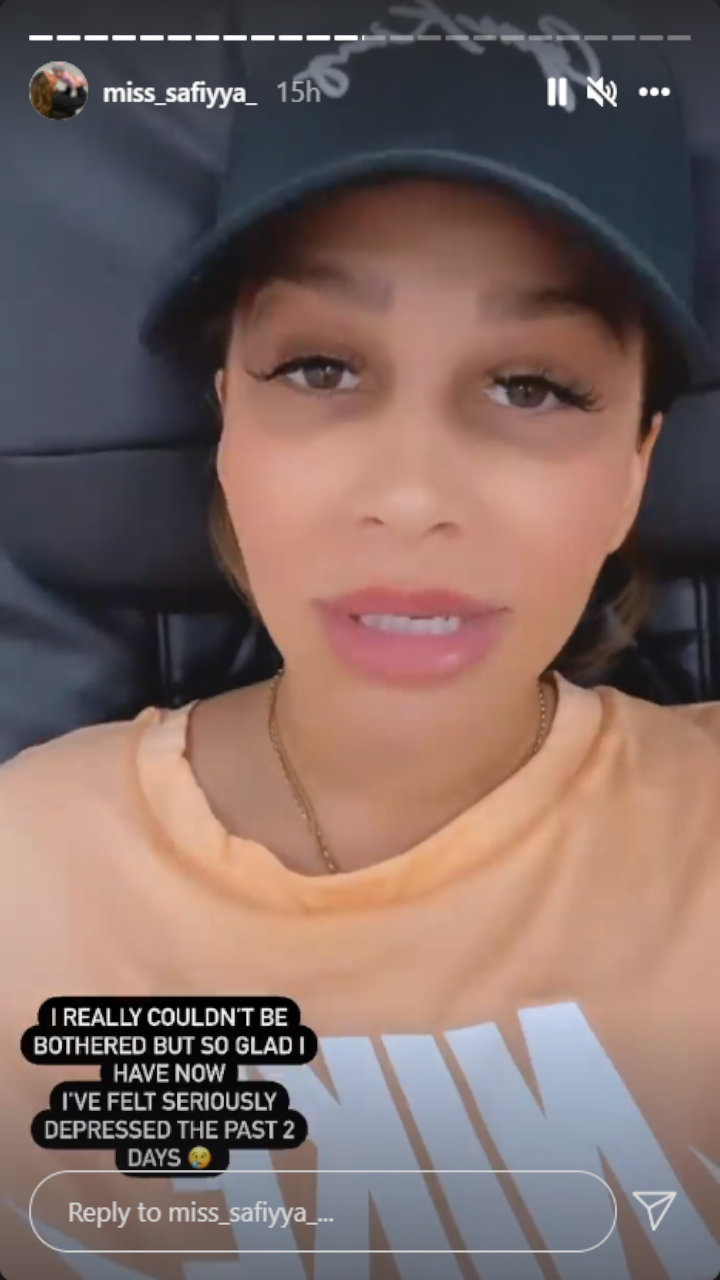 A few days earlier, Safiyya shared that she hid pain behind her smile. Along with a photo that saw her smiling, she stated, "What's behind the smile? While you may see a smile and the surface may seem to look ok, behind my smile there is pain, heartache, depression & anxiety that I suffer with on a daily basis."

"I Lost part of my heart when Azaylia went to heaven, I lost my happiness, my soul went dark & my world feels torn apart," Safiyya explained. However, she believed that she could get up as saying, "Taking baby steps each day in the right direction is a real challenge for me But with Azaylia being my hero & inspiration I get up & try."

In her caption, Safiyya confessed that working on Azaylia Foundation, founded by her and Ashley after their daughter's passing, gave her "comfort." She also noted that representing her "beautiful baby girl" helped her overcome her mental health issues.

Ashley and Safiyya announced Azaylia's death on April 25, five months after he first announced that his baby girl had been diagnosed with "a very rare and aggressive form" of leukemia. At the time, alongside a photo of himself hugging his late daughter, the "Ex On The Beach" star wrote, "Rest In Paradise Princess. I will always hold you in my heart until I can hold you in heaven again [love] #AzayliaDiamondCain."