While the 'Moonlight' director remembers a night he spent with the Godfather of Black Cinema 'many years ago', the 'Selma' helmer pays tribute by sharing her favorite quote from him.

Van Peebles, dubbed the Godfather of Black Cinema, passed away on Tuesday, September 21, aged 89, and his famous fans and friends have jumped on social media to pay their respects.

"Moonlight" director Jenkins recalled a night he spent with Melvin "many years ago" when the "Watermelon Man" filmmaker "danced his face off."

"The man just absolutely LIVED," Jenkins wrote, adding he "made the most of every second, of EVERY single d**n frame." 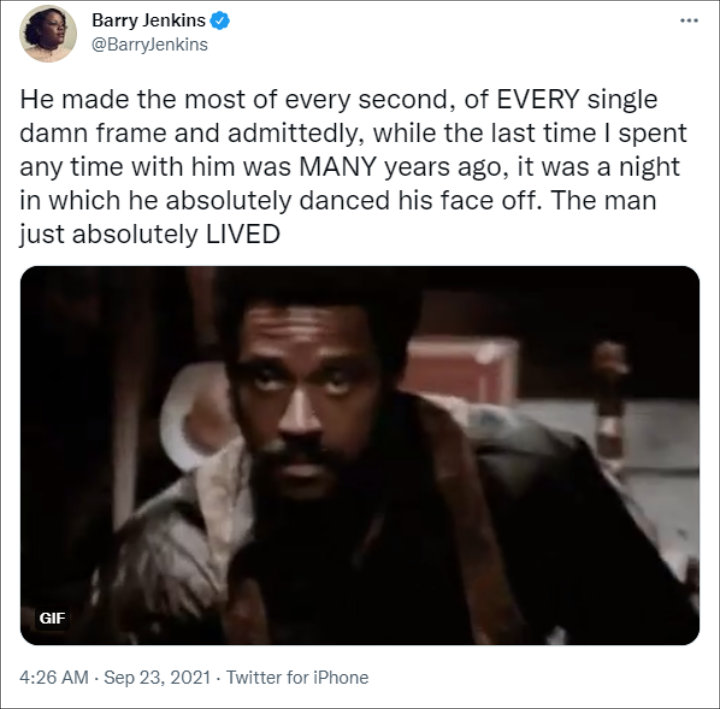 Meanwhile, DuVernay paid tribute with a favorite Van Peebles quote, writing, "You have to not let yourself believe you can't. Do what you can do within the framework you have. And don't look outside. Look inside." 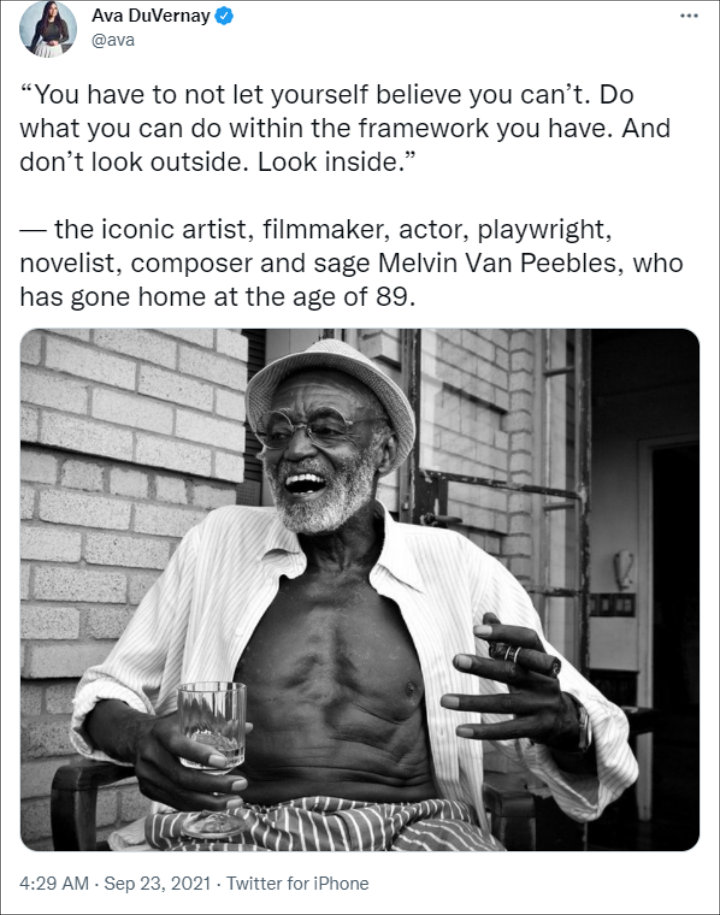 Ava DuVernay mourned the passing of Melvin via Twitter.

There have also been written and photo tributes from actor David Alan Grier, who tweeted, "We've lost another lion," Sherri Shepherd, movie websites Rotten Tomatoes and Fandango, and Sony Classics. 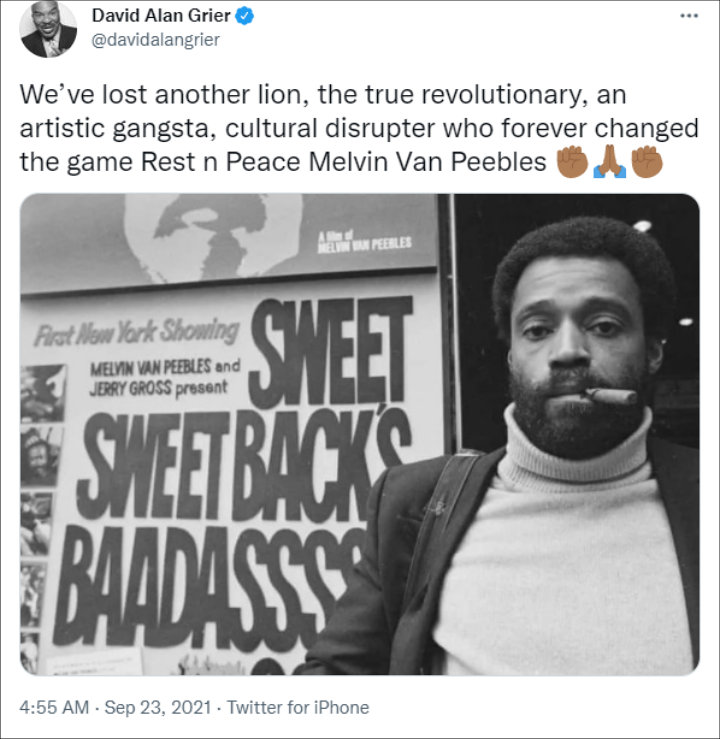 David Alan Grier admitted that he 'lost another lion' after Melvin's death.

About Van Peebles' passing, his family has issued a statement that read, "In an unparalleled career distinguished by relentless innovation, boundless curiosity and spiritual empathy, Melvin Van Peebles made an indelible mark on the international cultural landscape through his films, novels, plays and music."

"His work continues to be essential and is being celebrated at the New York Film Festival this weekend with a 50th anniversary screening of his landmark film 'Sweet Sweetback's Baadasssss Song'; a Criterion Collection box set, Melvin Van Peebles: Essential Films next week; and a revival of his play 'Ain't Supposed to Die a Natural Death', slated for a return to Broadway next year."

Rihanna Gets Candid About Reluctance to Be Labeled an Icon