The Anastasia Steele of the 'Fifty Shades' film series literally glows on the red carpet as she attends the premiere of her latest film 'The Lost Daughter' in a sparkling silver dress by Gucci.

AceShowbiz - Dakota Johnson turned heads at the Venice Film Festival. The 31-year-old actress literally shone on the red carpet as she rocked a sheer blinged-out dress for the premiere of her latest film "The Lost Daughter".

The plunging silver number by Gucci featured curtain-like fringes that draped down and around her shoulders. The semi-sheer material was embellished with colourful jewels and the inbuilt belt showed off her incredible figure.

Dakota completed her daring yet glamorous look with pair of chunky gold heels and wore her dark tresses in tousled waves over her shoulders while sporting a heavy coat of makeup in a plum pallet for moody glam vibes. 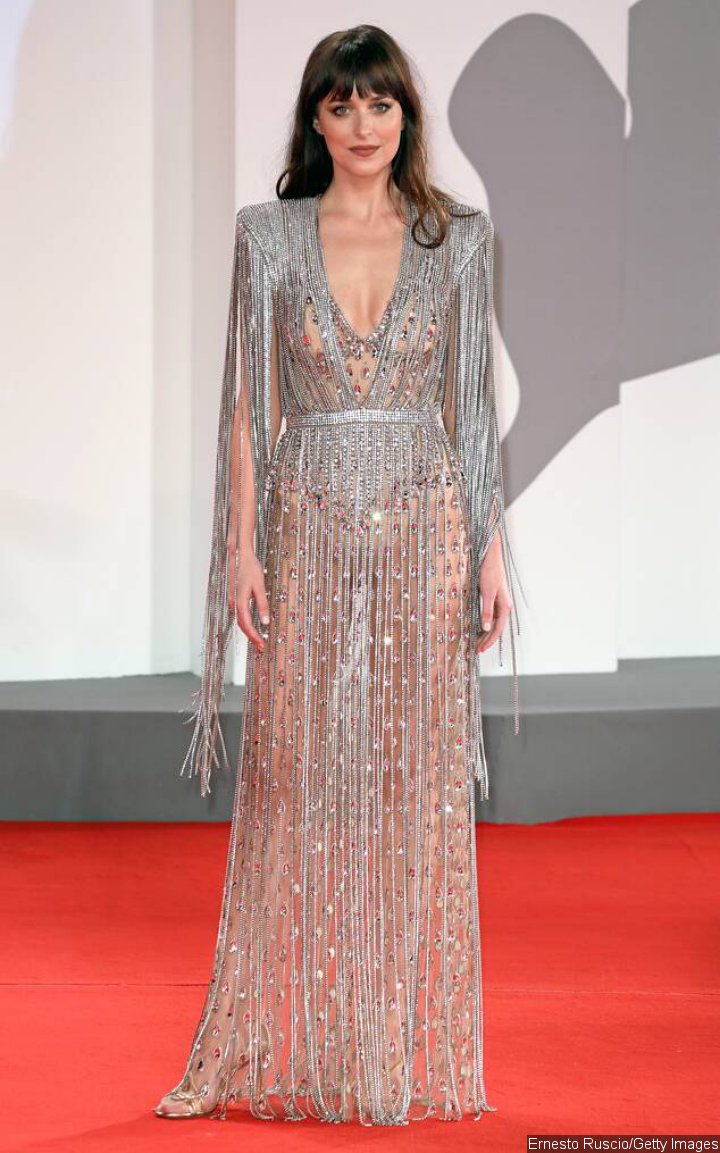 While she wasn't joined by her longtime boyfriend Chris Martin, Dakota wasn't alone on the red carpet. Gucci creative director Alessandro Michele and Italian director Luca Guadagnino both accompanied the "Fifty Shades of Grey" star at the event.

She was also pictured posing with Maggie Gyllenhaal and Olivia Colman on the red carpet. "The Deuce" star looked chic in a high neck navy velvet floor length dress over a white shirt, while "The Crown" actress looked sophisticated in a silver and black velvet suit with trendy shoulder pads. 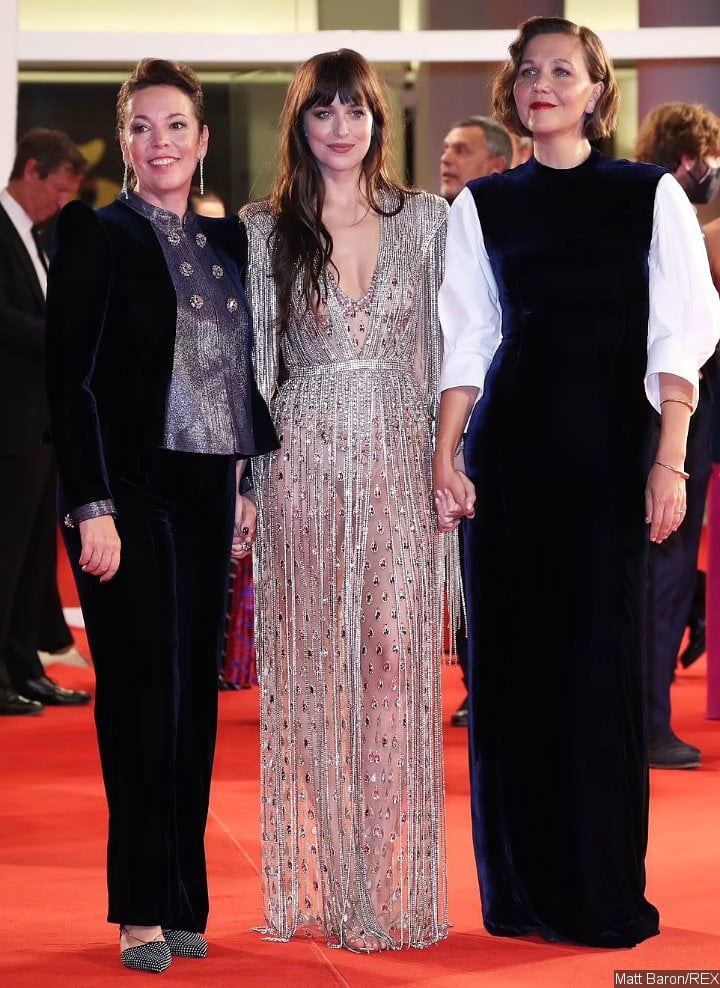 Dakota was joined by Maggie Gyllenhall and Olivia Colman on the red carpet.

"The Lost Daughter" marks Maggie's directorial debut. She was all smiles while posing with her husband Peter Sarsgaard, who stars in the movie. Her brother Jake Gyllenhaal showed his support as he also attended the film premiere, looking suave in an all-white number with brown shoes.

"The Lost Daughter" follows a woman who, while on a summer holiday, finds herself becoming obsessed with another woman and her daughter, prompting memories of her own early motherhood to come back and unravel her. It also stars Oliver Jackson-Cohen, Paul Mescal, Ed Harris, Dagmara Dominczyk, Alba Rohrwacher and Jack Farthing. It is due for release on December 17 in the United States.

Dakota Johnson on Being Dragged Into Johnny Depp-Amber Heard Case: 'Why Am I Involved in This?'

Dakota Johnson Admits to Struggling With Concept of Cancel Culture

Dakota Johnson Clears the Air Amid Jamie Dornan Beef Rumors: 'He's Like a Brother to Me'

Dakota Johnson Admits to Crashing Weddings 'a Lot' Since It's One of Her 'No. 1 Hobbies'