A few hours before news broke that the NFL star was released from the New England Patriots, coach Bill Belichick said that the footballer is 'definitely moving in the right direction.'

AceShowbiz - Cam Newton has been released from the New England Patriots. Though details of his sudden cut are currently unavailable, the NFL star's refusal to get COVID-19 vaccines seemed to have played a part.

On Tuesday, August 31, it was announced that Cam was no longer a member of The Patriots. According to The Boston Globe, the move allowed rookie Mac Jones, who excelled in camp and the preseason, to start in Week 1 against the Miami Dolphins on September 12.

"I feel like everybody's way ahead of where they were last year," Coach Bill Belichick said a few hours before news of his release surfaced. He went on saying, "Certainly, he started at a much higher point than what he did last year, so definitely moving in the right direction."

Not long after he was released, Cam thanked his fans in a statement posted on his Instagram Story. "I really appreciate all the love and support during this time but I must say … please don't feel sorry for me!! I'm good," he wrote. 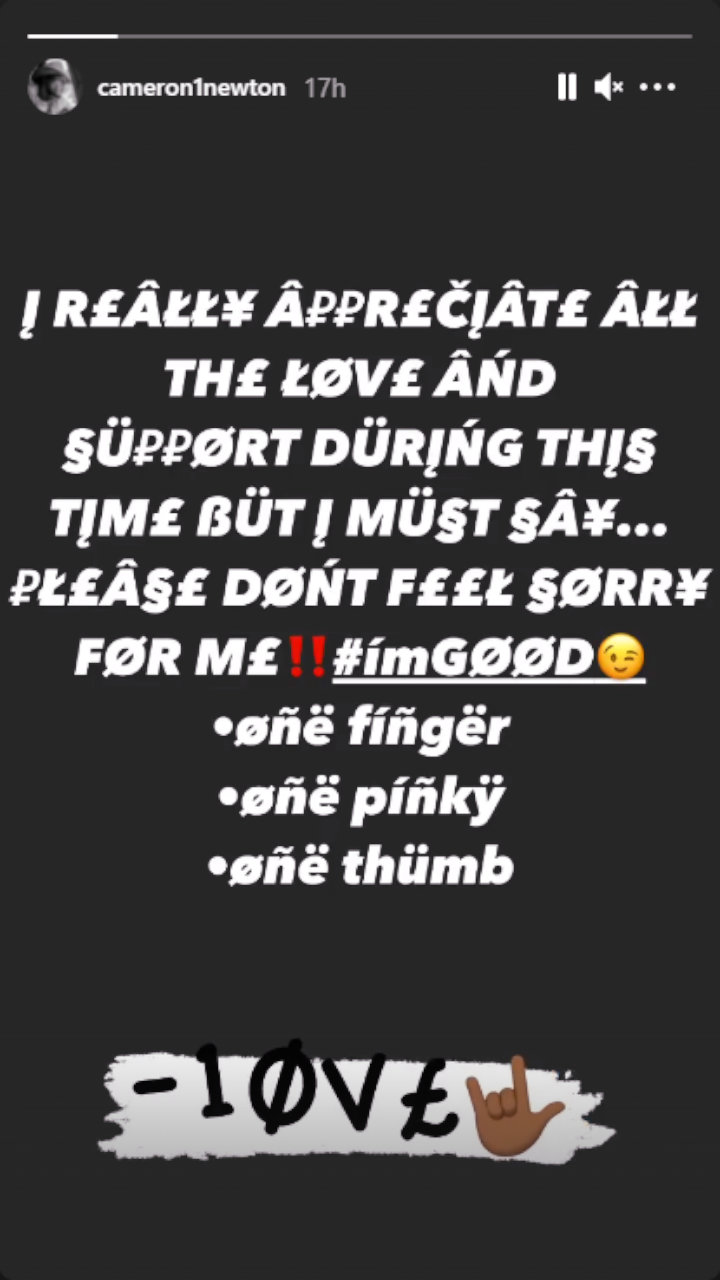 In the comment section of his latest Instagram post, many of his fans weighed in on his cut. "Thank you for the fun times Cam. We loved you in New England. Hope you continue to have a great career. Thank you," one wrote. In the meantime, another Instagram user added, "Damn u got cut by the pats bro. good luck in life cam I mean that."

Cam's surprise cut came after he declined to confirm whether he received a vaccine against the virus while he was in training camp this season. At the time, he said that the issue was too personal to discuss. However, after his medical appointment in mid-August, he went through a five-day process to rejoin the team that applies only to unvaccinated players.