Elaine Welteroth Leaves 'The Talk' After One Season

The 34-year-old journalist's departure from the morning talk show follows Carrie Ann Inaba's as the latter announced her permanent exit from the talk show after three seasons on August 20.

AceShowbiz - Elaine Welteroth is another co-host to bid farewell to "The Talk" in recent weeks. The journalist announced her departure from the morning talk show after only one season in a statement on Tuesday, August 31.

In the statement, the 34-year-old claimed that "it is an absolute honor for anyone, but especially a young Black woman, to occupy space on-air where our perspectives are largely underrepresented." She went on saying, "It was gratifying to be able to show up as my authentic self in front of a live national audience every day in a world as divided as ours and to stay true to myself and what I stand for."

Elaine added, "I came to 'The Talk' to break out of my own echo chamber and to join a diverse cast in helping to bridge some of the divides in our world through conversation and empathy. I'm proud of how I represented myself and my community. But as I always say: when the music changes, so must your dance! I will miss my talented co-hosts and crew and I wish them the very best. Thanks to all those who tuned in every day."

Concluding her statement, Elaine shared that she's "excited to continue these necessary conversations in my work and to share my upcoming creative projects soon."

In the wake of Elaine's exit, the show's executive producers Heather Gray and Kristin Matthews said in a statement, "We wish Elaine all the best. We are grateful for her passion, enthusiasm, and insight she brought to the show daily. Her openness and meaningful conversations were attributes we admired and always appreciated."

Elaine's departure followed Carrie Ann Inaba's as the latter announced her permanent exit from the talk show after three seasons on August 20. "I enjoyed my time at 'The Talk' as co-host and moderator and I am grateful for the opportunity I had to grow with the entire Talk family as well as truly connect with viewers on such a personal level," the "Dancing with the Stars" judge shared in a statement at the time. "I will miss 'The Talk', but I am excited for the next chapter both for myself and for the show." 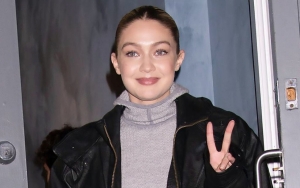 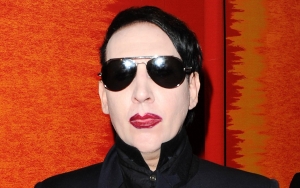